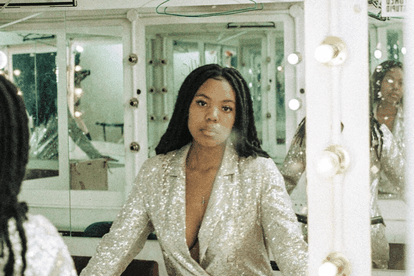 Increasingly South African musicians are going out as independent artists, as they see that being under a record label is not the only way to progress in the industry.

According to American business magazine Forbes: “Not only are more musicians making their way in the business without the aid of a label, but independent musicians are actually the fastest-growing segment of the global recorded music business.”

Becoming an independent may be the best thing they can do, considering the lawsuits and feuds that often surface between record labels and artists. This could be one reason why so many musicians have decided to be independent.

Here are five independent artists who are making waves in the South African – and international – music industry.

Black Coffee is an internationally successful DJ, record producer, singer and songwriter. He began his career around 1994 and has since released five albums. Black Coffee became popular after participating in the Red Bull Music Academy held in Cape Town in 2004.

His big break came when his song Happiness featured on the DJs at Work album. In 2015, he won the Breakthrough DJ of the Year award at the DJ Awards in Ibiza.

DJ Shimza ventured into house music as a DJ in 2003 which led him to win the Red Square DJ Competition in 2006.

He then went on to win the South African Music Conference, which was a DJ spin-off competition, but his career reached its peak in 2011 when he won the Gauteng Carnival DJ competition.

Shimza started and hosts the prestigious annual festival DJ Shimza’s One-Man Show. He plays in the country’s big concerts, such as the Spring Fiesta and YFM gigs. He has travelled in many counties and has also performed in the well-known party island of Ibiza.

Shane Eagle is a South African rapper, songwriter and record producer who rose to fame after he came third on the first season of a rapping reality show The Hustle on Vuzu.

He recorded his first song at the age of 13 at his friend’s studio. After releasing several singles, he released his debut album, Yellow, in 2017, which featured the lead single Let It Flow.

Eagle released his debut mixtape, Dark Moon Flower. And, Eagle is not only lyrically gifted. In 2017, he was among the SowetanLIVE Mzansi’s Sexiest Top 12.

Elaine is an R&B singer and songwriter from Pretoria. She self-released her debut EP, Elements, in 2019 which reached No 1 on both the national iTunes and Apple Music album charts. This made her the first independent female artist to do so.

As of March 2020, the You’re The One singer is the most streamed female artist from South Africa on Spotify.

A-Reece rose to fame when he signed a recording contract with Ambitiouz Entertainment in 2015. While working with the label, Reece released his first hit titled Couldn’t. The song made him gain a huge fan base.

The following year, he worked on another project which he called Cutaways EP. He released this EP in September 2016 and then dropped his debut album, Paradise, in October the same year. The album topped the iTunes charts 24 hours after it was released.

This success was a major break for A-Reece, but after arguments with the record label, he left to become an independent artist. He has been doing well for himself, and how can we forget the way he got the crowd going wild earlier in 2020 at Riky Rick’s annual Cotton Fest!

These are just a few of the independent artists who are making it — and there are likely to be plenty more who will walk the same path.