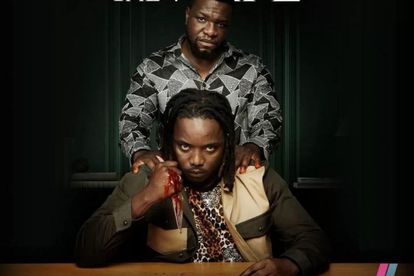 The Wife fans want Mandisa to be written out and are hoping that their favourite character – Sambulo who got shot this morning (21 April) made it out alive.

Sambulo got shot and appeared to have gotten killed in an explosion and Mandisa got killed from the show as she’s ruined everything for the Zulu brothers.

Fans of The Wife were left at the edge of their seats this morning when Sambulo – the hitman appeared to have died in an explosion and Mandisa was the cause of it.

Mandisa betrayed the Zulus this morning when she assisted the Majola brothers to kidnap her husband and shoot her brother-in-law – Sambulo.

The Majola brothers also found out from the sangoma that Sambulo is the hitman in the family and he’s the most dangerous brother in the family.

It appeared that the Majolas had an early victory when one of their own shot him and he got stuck in a taxi that exploded.

Readers of the telenovela revealed that Mandisa got killed very early on in the book series because she’s always been problematic for the Zulu family.

She first burned Zandile’s (Khanyi Mbau) bail money in season two and has now put her husband’s life in danger.

Viewers said they now understand why the author Dudu Busani-Dube killed her because she’s a major threat to the family.

She divides the family every chance she gets and is always against Hlomu (Mbali Mavimbela) – who now gets along with Zandile.

Entertainment commentator – Phil Mphela revealed this morning that season two will come to an end on 5 May and that the show will take a production break and return with a new season in late 2022.

The Big Question: Will the Zulu brothers finally kill Mandisa (Zikhona Sodlaka) when they find out about her latest betrayal?

Will Nqobi Zulu take over from Sambulo (Sipho Ndlovu) as the family’s hitman, if Sambulo doesn’t make it next Thursday (28 April)?