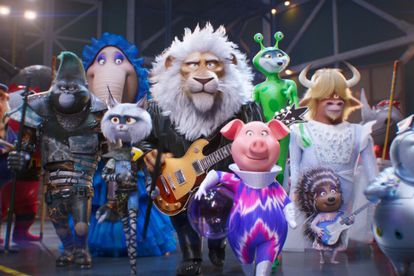 Here are eight films for the kids to enjoy over the school holidays. Image: Supplied

Here are eight films for the kids to enjoy over the school holidays. Image: Supplied

The school holidays have kicked off and you’re probably figuring out how to keep the kids busy. We’ve put together eight amazing films to keep the little ones busy during their break. Take a look at a few movies to stream on Showmax.

Spider-Man: No Way Home was the biggest box office movie of 2021. Spider-Man/Peter Parker (played by Tom Holland) turns to Doctor Strange for help after his identity is revealed. Things take a dark turn when a spell goes wrong, which forces Peter Parker to figure out what it means to be Spider-Man.

In the film, the larger-than-life koala, Buster Moon (played by Matthew McConaughey), and friends are hoping to launch their most extravagant stage production yet. Before they can do that, they need to win over Jimmy Crystal (Bobby Cannavale) and Clay Calloway (U2 frontman Bono).

Song 2 is recommended for children ages 7 and older.

BAFTA-winning film, Ghostbusters: Afterlife picks after Ghostbusters II. A single mom and her two kids move to a farm in Oklahoma which they inherited from her estranged father. With time, they discover their connection to the original Ghostbusters and the legacy their grandfather left behind.

Space Jam: A New Legacy, the sequel to the 1996 film Space Jam, sees basketball champion LeBron James and his son in an AI digital space. LeBron, Bugs Bunny and his gang are forced into a heated game of a high-stakes basketball game.

The film stars Zendaya, Don Cheadle, Sonequa Martin-Green and Rosario Dawson and is recommended for children ages 7 years old and up.

ALSO READ: Family-friendly movies – ideal for the school holidays at The Galileo!

One of the top 40 box office hits of 2021, The Boss Baby: Family Business follows the now-adult Templeton brothers who have drifted apart over the years. A new boss baby brings them together.

Based on the pre-school television series, Paw Patrol: The Movie follows Ryder and his pack of puppy friends who take over Adventure City, but sadly a greedy mayor is turning it into chaos.

Liberty, voiced by Black-ish star Marsai Martin, joins the Paw Patrol squad on their adventures. The film is recommended for children aged 4 and up.

Tom and Jerry, the world’s favourite cat and mouse duo, are back in Tom & Jerry: The Movie. In the film, Jerry moves into a posh New York hotel on the eve of the wedding of the century. Event player Kayla (played by Chloë Grace Moretz) hires Tom to get rid of the unexpected visitor. Naturally, Tom and Jerry’s cat-and-mouse chase almost destroys her career, the wedding and possibly the hotel.

Clifford the Big Red Dog was nominated for a 2022 Kids’ Choice Award for Favourite Movie. The film is based on a series of children’s books by Norman Bridwell and centres on Clifford, a tiny puppy who takes on the world.