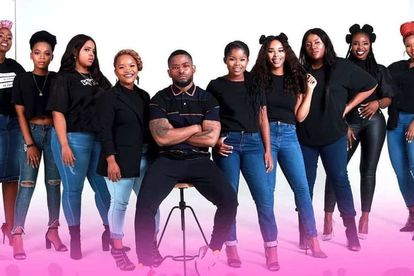 Prince Kaybee and the female artists featured on the ‘Project Hope’ album.

Prince Kaybee and the female artists featured on the ‘Project Hope’ album.

Kabelo Motsamai, popularly known as Prince Kaybee, who has often found himself trending on social media for controversial reasons, has now given his fans something positive to celebrate.

This came on last Friday 2 October when he announced the release of a new album. Project Hope is a musical initiative directed at upholding women and in recognition of Women’s Month.

Motsamai is a DJ, music producer, director and television personality who in 2015 was announced as the winner of the second season of the SABC1 reality competition 1’s and 2’s. In 2016, he received a nomination in the category Listener’s Choice at the sixth MTV Africa Music Awards.

He has also been working on his fourth studio album, titled 4th Republic, collaborating with gqom star Mampintsha, Peekay Mzee and KamzaHeavyPoin on the album’s third single, As’trende, which was released on 3 September.

It features 10 up-and-coming female vocalists from around the country. At the outset of this project, Kaybee initially planned one song with just a single female singer and to achieve this, he had invited prospective singers to submit a clip of themselves singing a song of their choice.

The response was overwhelming with many hopefuls flooding his social media account with their submissions. As a result of the response, the Hosh hitmaker went on to announce that he would then choose 10 singers and make a song with each of them – with the songs to form an album featuring genres, ranging from gospel to amapiano.

The female vocalists featured on the album include:

Since talk of the new album surfaced, Kaybee fans have eagerly awaited its release – and based on their reactions, it appears to have been well worth the wait. Some have even branded the new work as a “one-stop-shop” due to the diversity genres, while others are already claiming that it will reach gold status. For others, they are just proud of the movement that promotes women.

A start of something new

Following positive reviews on social media, Prince Kaybee has gone on to reveal the project would be replicated towards becoming an annual Women’s Month initiative.

In addition, Kaybee also intends assisting aspiring males to establish a foothold in the industry when the project is reintroduced next year.

Early evidence of success stemming from Project Hope is that three participants — Basetsana, Sanda and Thalitha — were selected to perform at the Joburg Arts Alive Fest in early October.

Project Hope is available on all music platforms.