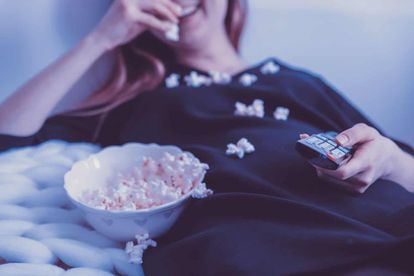 Here is a list of our favourite chick flicks from the early 2000s that will have you reminiscing about the good old days. Rustle up a batch of popcorn and pull on those comfy track pants …

1. ‘Sisterhood of the Traveling Pants’

A story about four best friends who spend their first summer apart. In order to stay connected they pass around a pair of denim jeans that magically happens to fit each of them, despite their varied body types.

John Tucker is known for being the high school womaniser. That’s when his teenage ex-girlfriends form an alliance in a bid to set him up to fall in love with a girl. The plot highlights seeking revenge and wanting Tucker to experience the pain of a break-up.

Jenna Rink hates being only 13 and makes an uncommon wish on her birthday. Somehow, though, her wish comes true and she wakes up the next morning as a 30-year-old woman.

Detective Gracie Hart’s department learns that the Miss United States event is under threat from an unidentified bomber. As a result, she is transformed into a beauty pageant contestant in order to infiltrate the competition.

Shortly after Sam’s father passes away, her stepmother and stepsisters start to abuse and exploit her. She finds some breathing space when chatting to her online pen pal Nomad and she decides to meet him at a school dance.

Mother and daughter duo Tess and Anna do not get along. But everything changes when a freak incident occurs and they switch bodies, forcing them to live each other’s lives.

Viola’s all-girl football team breaks up and, ironically, she is not allowed to play for the boy’s team either. So she then disguises herself as her “twin brother” to participate in the tournament, but it does not take long until her secret is revealed.

Clumsy and shy Mia Thermopolis discovers that she is the princess of Genovia. However, to claim the title of princess she needs to prove to her grandmother – who is queen of Genovia – that she is worthy.

The plot revolves around a mermaid who is stranded on beach at a resort. But it gets complicated when she falls in love with an attractive lifeguard and befriends two local girls. Luckily they say they will help her to win his heart in exchange for a wish.

Playboy Bunny Shelley gets kicked out of the Playboy mansion. She then begins her new life journey teaching awkward sorority girls about the opposite sex, only to realise that inner beauty is more important.