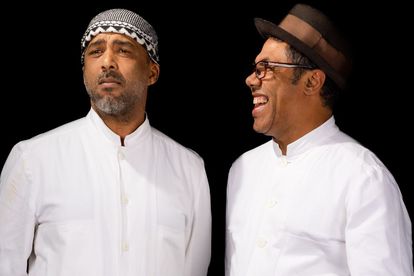 Due to high demand, Joe Barber has added two more dates to its November series of shows. Image: Supplied

Due to high demand, Joe Barber has added two more dates to its November series of shows. Image: Supplied

After an incredible response from fans, comedy legends Oscar Petersen and David Isaacs have added two more shows for their Joe Barber show in November at the Grand West Arena in Cape Town. The play, based on real-life situations from the Cape Flats, will now be running from 7 November to 12 November.

Tickets for Joe Barber’s Family Reunion went on sale on Monday 25 July and in just eight hours, there were no seats available for shows on 11 and 12 November.

“The love for [the show] runs deep and we’re delighted to give fans even more chances now to enjoy Joe Barber’s Family Reunion on sage,” said the show’s producer, Ian Bredenkamp.

The much-loved cast, Boeta Joe, Gamat, Outjie and Washiela will be on stage for the first time in three years and rapper Early B will also be performing!

Oscar Peterson plays the characters of Gamat, Outjie and Valarie. In a previous interview with The South African, Pearson said he enjoys how the different characters surprise him.

“Fooling around with characters gives you a window into what’s possible. You step into else’s and [the] surprise that comes. It also surprises me what people find funny.”

Peterson added that keeping the show “fresh and funky” had always been a challenge.

“It is not an unpleasant struggle challenge, it is a pleasurable challenge. [We’re] growing older, trying to keep the Joe Barber brand going is always a challenge.”

The new exciting comedy show stage production will now run from 7 to 12 November at the Grand Arena at GrandWest in Cape Town.

Tickets for the show opened on Thursday 28 July.