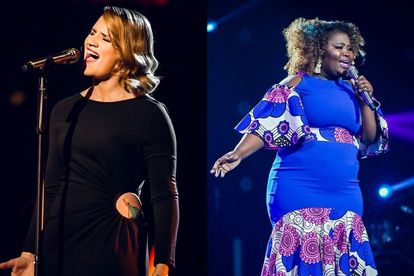 Five months and 15 000 contestants later, the Idols SA finale is here! Two phenomenal singers — Berenike Trystman (Berry) and Karabo Mathe — will battle it out one last time on Sunday 21 November…

Here is everything you need to know about the final two contestants and what to expect during the finale!

GET TO KNOW BERRY TRYTSMAN

Cape Town-based Berenike Trytsmasn aka Berry wowed the judges with her audition. She performed Never Enough from the movie The Greatest Showman. The judges quickly made the decision to send her to the second round of the Idols SA competition.

Berry has been singing for 22 years and is married to drummer Reiner Trystmasn who runs Music Blimp Productions, a platform where local artists are given the opportunity to showcase their extraordinary talents.

The couple has four beautiful children.

Berry says South African artists Karen Zoid, Lira and Tarryn Lamb are just three of her musical inspirations. Two of her Idols SA inspirations are Lloyd Cele and Elvis Blue who both competed in season six of Idols SA.

The 31-year-old singer has an incredible relationship with her competitor Karabo. On Sunday 14 November’s episode of the singing competition, Unathi Nkayi reminded the two to never let the competition come in between their friendship.

GET TO KNOW KARABO MATHE

Karabo Mathe has been a stand-out contestant since auditioning for Idols SA with Cici’s Ngidinge. 22-year-old Karabo is from Hebron in North West. The gospel-loving singer is a mom of one and says her daughter is her motivation.

On one of her Instagram posts she wrote: “For you nana, I would move mountains.”

“He not only managed to win but also start a thriving gospel career afterward.”

She has been praised on the Idols SA stage for her powerful stage presence and impeccable vocal range. Her performance of her debut single Hosanna blew the judges away!

EVERYTHING YOU NEED TO KNOW ABOUT THE FINALE

The Idols SA finale will see Berry and Karabo battling it out one last time. The finale will kick off at 17:30 on Sunday 21 November on Mzansi Magic. The finale will reportedly include surprise performances from some of South Africa’s biggest artists.

The biggest prize that will be awarded is a R1 million cash prize! Other prizes will be announced during the Idols SA finale.

Idols SA has already been renewed for the 18th season! The news was confirmed by entertainment commentator Phil Mphela who broke the news on Friday 19 November.

“Current season wraps this Sunday and a new season will return next year likely on a new slot because of Big Brother Mzansi.”