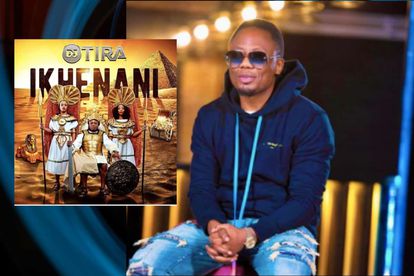 Fans of Mthokozisi Khathi, popularly known by his stage name DJ Tira, are proud that he now has won a South African Music Award (Sama). He scooped the title on Wednesday 5 August 2020 in a televised virtual version of the annual music awards.

DJ Tira won the Best Kwaito Album award for his Ikhenani album which he dropped in September 2019.

The DJ, producer and businessman was up against some stiff competition but came up tops.

The Samas did away with tradition this year and put out the awards on Mzansi Magic from 3-7 August instead of on SABC 1.

Nasty C, Blaq Diamond and Sha Sha performed, along with others in the mini-shows.

Mlindo the Vocalist was another first-time Sama winner. He proved that numbers don’t lie when he scooped Best Selling Artist Award for his Emakhaya album.

The rise of DJ Tira

After starting out as a DJ for friends’ parties and campus events, Mr Makoya Bearings entered and won the Smirnoff Club DJ competition in 1998. Since then the hard-working musician has worked with countless artists across every genre.

He did win a Sama in 2010 for his role on Umlilo with Big Nuz. That won Song of the Year, but this is the first time he has won one for himself.

Whether he is producing the song or providing a verse, you know it will be a hit. Who doesn’t know that famous “Chikichikichaaaaaa” line in his songs?

Everyone knows that “there ain’t no party like a DJ Tira party!”.  He helps to make Fact Durban Rocks the highlight of the Durban July every year because he gives the people what they want. You may say that Tira has earned the right to be called Durban’s Minister of Entertainment.

Together they may be the biggest combo to come out of his Afrotainment label. A Big Nuz song always made our Decembers better!