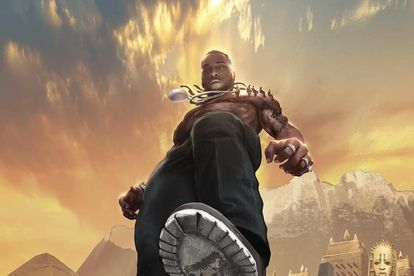 American rapper and producer Sean Combs, also known as Puff Daddy or Diddy, has shared an open letter to Africa on Twitter.

Burna Boy became the first African artist to win a BET Award two years in a row in June when he won Best International Act.

Diddy started his letter by saying Africa had been “heavy” on his mind and heart, and that he had been trying to connect with the continent for a while.

He ended the letter by urging everyone to “build a bridge to the motherland”.

While the news of another African artist being internationally recognised is great for the growth of the continent, some saw this as Diddy trying to cash in on the popularity of working with African artists.

South African musician and poet Ntsika Mazwai, for example, responded to Diddy’s letter asking him if he wanted some kind of award for working with an African artist.

Another user commented that Americans only started working with Africans after the film Black Panther made it “cool” to do so.

Despite some being offended by the American rapper’s letter to the “Motherland”, many were enthusiastic about the recognition of the continent.

Africa is a trend

With more and more African artists collaborating with international stars, it could be seen as the trend right now.

For example, Black Coffee has worked with Usher and played at numerous international festivals.

Beyoncé  and many other international artists have hopped onto the trend wagon as well, collaborating with numerous African artists.

Apart from Diddy, Burna Boy has collaborated with international artists before. The Nigerian singer has worked with the likes of Drake, YG and Major Lazer, showing that African artists can reach international success.

The Diddy collab was for his fifth studio album, titled Twice As Tall. It premiered on Friday 14 August.

In a video posted to Twitter, Diddy shows the process of producing the album and say he believes in trusting the process.

Diddy also tagged singer and multi-instrumentalist Anderson Paak who is in the video.

In an interview with Apple Music, Burna Boy discussed how he came to working with the Diddy.

“We had about 80% of the album done before Puff jumped on the project,” Burna Boy said.

“But once he jumped on he was working around the clock non-stop, trying to add to this project and deliver for me, and make it special.”