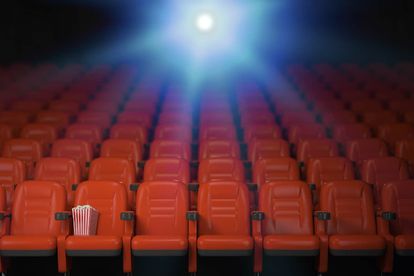 With lockdown Level 2 regulations coming into place on Monday 17 August, those awaiting a return to gyms, the lifting of the alcohol and tobacco ban, all rejoiced.

Ster-Kinekor and CineCentre confirmed on Tuesday 18 August that the long wait for some buttery popcorn and a big screen experience will soon be over with their theatres set to reopen next Friday 28 August.

With the hashtag #DoMoviesRight being punted by Ster-Kinekor on social media as they teased their return, the cinema company has released a short video on social media about the health protocols that will be followed when they open their doors again.

What movies will be showing?

The “action epic” revolves around international espionage, time travel and evolution. Nolan introduces John David Washington as the lead in the film and South Africa will be among the first countries globally to witness this big screen spectacle which also features Robert Pattison in the cast.

Tabaluga: The Little Dragon and My Spy will be the first family films to drop on 28 August with films, such as The High Note and Made in Italy to be released in coming weeks.