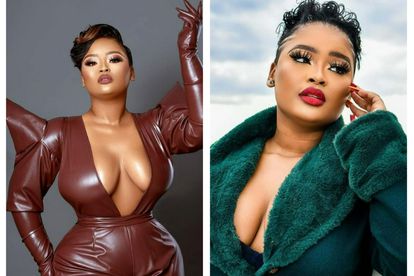 Beauty influencer and YouTuber Honour Zuma, popularly known as Cyan Boujee, has topped the Twitter trends list after a video of a “fully loaded” meal started circulating on the social media platform.

In the video, Cyan is seen marinating chicken pieces with way too much tomato sauce, mayonnaise and oil…among other things! This after her recent Brazilian butt lift (BBL). Her second one to be precise…

‘SHE WILL GO BACK TO THAT TABLE’ – TWEEPS SAY

It seems tweeps are worried that the influencer may be headed down the rabbit hole with her food choice.

Those who had the surgery done say that one should be cautious of what they eat and they should exercise to help the healing process. These are things they say Cyan is not doing or atleast implementing.

Netizens are also predicting that she may have to go under the knife once again if she continues the way she does.

These were some of the reactions:

“South Africa is laughing at Cyan Boujee’s dietary habits while she’s already done a BBL and lipo twice as if their not life threatening procedures👀🤔…does anybody care for that girl’s wellbeing,” said @lxsxdx.

“Cyan Boujee marinating 2 quarter chickens with 120ml of oil , is just a spit in the face of her BBL surgeon
💔💔. Yho I would send an email kusase manje kuthi there’s a “no refund” policy,” said @ArtificialSteez.

“If Cyan Boujee continues to eat like that and drink di coke kadi tamati soso her Bbl will be ruined like the first one,” said @According2Lebo.

“Cyan Boujee is eating her way to another BBL bathong sis,” said @Bee_Loco.

“This tweet ain’t hating guys…Cyan did BBL she has to watch what she eats and even exercise here and there to keep it in balance…so she’s saying she’s not doing that,” said @Ms__Siko.

Shortly thereafter the DJ took to her Instagram stories to share what she was having for supper, and true to her character, her plate was nothing short of humour.

The 21-year-old has been getting some flack over her life choices which prompted a tweep to ask why she was getting so much hate when she is unproblematic.

Another tweep decided to come to her defence and explain why she believes the star is ‘hated’.

“Simple, the hate mostly comes from losers who KNOW Cyan is out of their league and the only way they can feel better about not having any access to her is by bashing and slut shaming her. The girlies hate her because … well, it’s plain ol’ envy and jealousy,” @ForeverTahj.