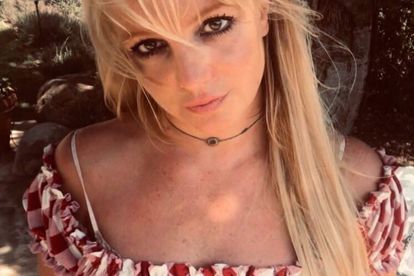 The video of Britney Spears that has got most of her fans worked up is one which she shared on 28 January, in which she dances to Jay-Z’s Holy Grail, a song featuring her ex-boyfriend of three years, Justin Timberlake.

In the video she posted to her 27.2 million followers, the star is seen dancing away in a black cropped turtleneck and checked shorts. The clip has had more than a million views since it was first posted.

Spears’ fans were less concerned about her dancing and more troubled by her mental health.

“Her vids are always so sketchy ? I really hope a family member checks on her safety,” said @jenn_yayas.

Many other fans thought it odd that the video was posted this week, but a Christmas tree was still up and there were presents under the tree.

“Danced in my black turtle neck last week..” meanwhile the presents under the tree… ?” said @a.doobs.

A few hours later, the gaunt-looking Baby One More Time singer posted another video of her dancing, this time to J Balvin and Willy William’s 2018 hit Mi Gente.

The video was captioned:

Just like the previous video, this one also sparked fans’ genuine concern for the star’s mental health, as seen throughout the comments section.

“oh no..Brittany.. are you sending us smoke signals,” said @mdoxval17.

“Can there be like a meet up at her house and everyone sing her songs to let her know we are all here for her!? ??????? I hate this,” said @bradigaga.

BRITNEY POSTS YET ANOTHER ODD VIDEO

A day later Spears, appearing erratic in the footage, posted a third dancing video, raising ever more red flags among fans who feared she was either dipping psychologically or being held hostage. One fan commented:

In all three videos, Spears’s eyeliner seems to be smudged, as if she was crying.

Wait, there is more.

The artist’s current mental health is a cause for concern as she has battled mental health issues for some years now. In 2007, she had her infamous mental breakdown where she shaved her head and in the same year she was taken up in rehab more than once.

In 2008, her father, Jamie Spears, was awarded conservatorship of her finances and medical records, and in 2019 she was admitted into a mental health facility.

She lost a legal attempt to remove his control over her estate in November 2020. Jamie Spears said he had been on good terms with his daughter until August, but had not spoken to her since.

ALSO READ: Britney Spears refuses to perform while under her father’s control