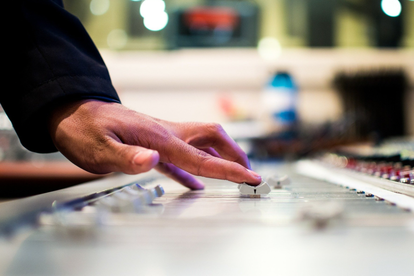 The SABC has been a difficult financial crisis over the years also having to retrench employees for not being able to pay salaries on time.

The national broadcaster is now facing another challenge as they face a music blackout due to unpaid royalties, an issue that has been raised by a number of local artists notably The Kiffness who challenged the broadcaster before.

According to the Sunday World the SABC has failed to pay R250 million in needle-time royalties to the South African Performance Rights Association (SAMPRA) and are prepared to go the legal route after the SABC ignored multiple letters sent to them by SAMPRA.

The songs of over 38 000 artists from 6000 record labels are to be pulled from the SABC’s radio and television stations over the R250 million in royalties. Royalties for the years, 2014, 2015 and 2016 have not been received by SAMPRA.

Artists’ music that could be pulled from the SABC include Black Coffee, Sipho “Hotsitx” Mabuse”, DJ Maphorisa, Kabza de Small and Babes Wodumo.

SAMPA CEO Pfanani Lishiva told Sunday World that preparations are in place to ask one of Gauteng’s top courts to interdict the SABC from playing the music. Lishiva said the SABC had been paying royalties to their rivals the Independent Music Performance Rights Association (IMPRA) instead of them.

Lishiva mentioned the SABC was aware of these agreements and the national broadcaster agreed to a 70%/30% split with the bigger portion going to SAMPRA. SAMPRA had rejected the SABC’s proposal saying it was arbitrary and non-compulsory.

SABC’s group executive for corporate affairs and marketing Gugu Ntuli said the broadcaster was ready to pay the royalties but had halted the payments because the SABC and SAMPRA were unable to agree on a percentage split.

Ntuli noted that the SABC had made a payment of R20 million to both SAMPRA and IMPRA.