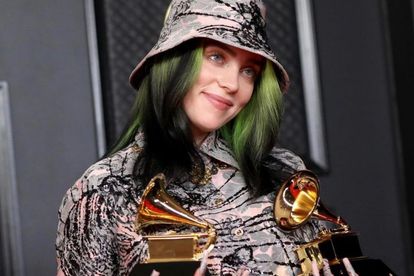 American singer-songwriter Billie Eilish has been in the spotlight numerous times for her choice to wear baggy clothes during performances, public appearances and in her everyday life. In an interview with Vogue Australia she admitted that the baggy clothes did not have the effect she intended it to have.

Speaking to Dazed in 2020, Billie said her self-image had improved since she was 18. She highlighted that whatever she decided to wear whenever she made the decision, it would be met with backlash.

“If I wore a dress to something, I would be hated for it. People would be like, You’ve changed, how dare you do what you’ve always rebelled against.”

She stressed that she wants to be able to wear what she wants, be comfortable in it and not receive any backlash.

In an interview with Vogue Australia, the Ocean Eyes hitmaker said it has proven to be a lot of work to control her image because she can only control it to a certain extent.

Speaking on wearing the baggy clothes she said, “Of course, it didn’t really work”.

“It’s really hard to control the narrative in a position like mine, right? You can’t really control it that much, but you can try.”

She added that it has undoubtedly been important to have the image that she wants and try to be seen how she wants to be seen.

A clip shared by a TikTok user of Billie Eilish using an offensive Chinese slur surfaced and social media slammed the pop singer for Asian hate.

She addressed the clip on an Instagram story noting that she was 13/14 when the video was taken and didn’t know it was a derogatory term.

“I am appalled and embarrassed and want to barf that I ever mouthed along to that word. This song was the only time I’d ever heard the word as it was never used around me by anyone in my family.”

At the end of the post, she apologised for the clip.