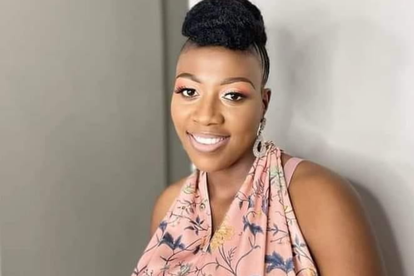 MaShelembe has been robbed. Image via Facebook: Mzansi Trending

MaShelembe has been robbed. Image via Facebook: Mzansi Trending

Mnakwethu wife MaShelembe was reportedly robbed by one of the women who promised to throw her a baby shower after she discovered that her husband had paid lobola for his pregnant mistress. According to reports, MaShelembe’s lawyers are nw demanding R20 940 be given back to MaShelembe.

Last month South Africans were left disappointed when they heard MaShelembe’s provincial baby shower was cancelled following the fact that two organisers had planned the event on the same day. The crisis was averted when it was arranged for the events to happen on separate days.

It seems the drama continues however as one of the organisers, Nomfundo Mathonsi is being accused of robbing MaShelembe of almost R21 000.

According to Zalebs, MaShelembe’s lawyers, Rajaram Mvulane Attorneys have sent a letter demanding Mathonsi reimburse MaShelembe with R20 940 after Mathonsi and Andy Brown started demanding MaShelembe send them various amounts for R7 240 for the baby shower venue and accommodation.

Mathonsi has since taken to her Facebook page to confirm that she was served with papers. She does however deny any wrongdoing seems to be placing the blame on Andy Brown.

“To you Andy Brown you have the ability to speak mother the fact is that even if you explain how far you have come you know the truth,” reads part of a very cryptic post. While another reads:

ALSO READ: ‘Mnakwethu’s’ MaShelembe has broken up with Bheki Langa