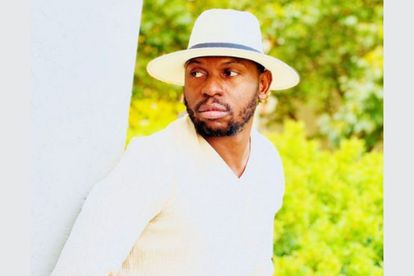 The inaugural amapiano awards are set to take place on Saturday 23 October at the Sandton Convention Centre in Johannesburg. It is reported that the awards founder Qhubani Ndlovu popularly known as DJ Qness Ndlovu is facing a financial crisis that could impact the awards show. The awards show has been dubbed “amapiano’s biggest night.”

This report comes after the amapiano awards were deemed illegitimate after claims surfaced that the idea was “stolen.”

ALSO READ: Battle of the awards: Whose amapiano is it anyway?

Three amapiano awards insiders have claimed that DJ Qness Ndlovu has not secured the Sandton Convention Centre as a venue because a deposit has not been made to secure the space.

Speaking to City Press one source said: “He was supposed to pay a deposit and hasn’t done so yet. The system doesn’t show any booking for the award ceremony but it does show a booking under his name – which has also not yet been confirmed because he hasn’t paid.”

A booking agent seconded the statement noting that no booking had been confirmed for 23 October, the day the awards are set to take place.

CLAIMS THAT NDLOVU IS BANKING ON LOCKDOWN REGULATIONS

Another source claimed that the 38-year-old DJ was banking on strict lockdown regulations so only a limited number of people would be able to attend the awards.

“I think he’ll announce at the last minute that the ceremony will be held virtually. Why would any event organiser release tickets only two weeks before it takes place? What time would they have to sell the tickets?” said the source.

Ndlovu did not entertain any of the claims, noting that the amapiano awards will continue as planned. “Nothing’s changed,” he said. He noted that he is not surprised by rumours circulating.

“If you come out with something this big, people are going to talk about it – and that’s okay. We have no problem with people talking, as long as they’re not lying. There’ve been many lies in the media about it because this thing is so big,” said Ndlovu.

The amapiano awards have a star-studded lineup of artists who are set to perform. According to their Instagram page, the likes of DJ Stokie, Focalistic, Mr JazziQ, Boohle, Kamo Mphela, and Botswana-born songstress Mpho Sebina will take the stage.

The awards organisers are also set to make a special announcement on Podcast and Chill with MacG later today.