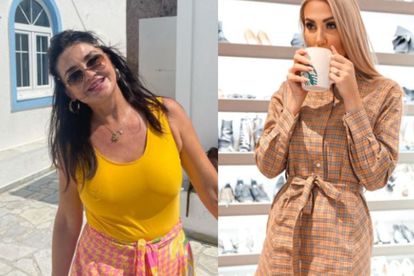 On the latest episode of Real Housewives van Pretoria (RHOPTA), which aired on KykNet on Thursday 1 December – Mel Viljoen said that she was not too “wowed” by Renske Lammerding’s holiday home.

“Looking forward to welcoming them to our farm and spoil them a little. I’m conflicted because I know Mel is critical of things. But you know what? Someone else’s opinion is their opinion. It doesn’t matter,” said Renske.

The housewives gushed over the home but Mel said that she was not “wowed”.

“It’s a massive place. Massive-ish but I’m less wowed than it might be for other people,” she said.

RHONA AND KIKI GET ALONG

Kiki seemed to be getting along with Rhona as they sang along to a song together. However, Mel did not seem impressed at their new found friendship.

“Rhona and I decided to have a little chat. Then we sang a lovely song about an old farm town and discovered that we have things in common,” said Kiki.

The businesswoman put on her headphones and started listening to a podcast to avoid having to listen to Rhona and Kiki sing.

“I’m going to listen to a podcast because you’re singing about post offices,” said Mel.

In her diary session, Mel explained that she didn’t care if they were bonding. This comes after she previously shaded Kiki for being friends with the other ladies.

“I don’t care if they bond or not. That’s why I was wearing headphones. I didn’t want to know what was happening around me,” she continued in her diary session.