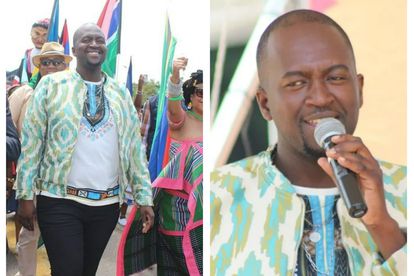 Thapelo took to the streets of Limpopo to thank his fans for voting for him. Images via @thapelomolomo0 and via Daily Sun @Judas Sekwela

Thapelo took to the streets of Limpopo to thank his fans for voting for him. Images via @thapelomolomo0 and via Daily Sun @Judas Sekwela

The Idols SA season 18 winner Thapelo Molomo was celebrated in his province of birth, Limpopo at the Mapungubwe Cultural Carnival march that was held in Polokwane on Friday, 2 November.

The instant millionaire was given a chance to thanks his fans for voting for him by walking through the streets of Polokwane.

He was escorted by his family and friends, Sport, Arts and Culture MEC Nakedi Kekana and mayors from all Limpopo’s five districts.

According to Daily Sun, Thapelo’s fans could not hold back their excitement as they cheered, sang and ululated while congratulating him for his win as he walked the streets. Residents wore their different traditional attires and painted Polokwane like never before.

The father of one said he was overwhelmed by the welcome as he didn’t believe it would be this big.

“It is because of God that I’m here and I thank my family for the support they’ve given me and everyone who was there for me. For Thapelo to grow, it requires the support of you guys,” he said.

Thapelo also serenaded his fans by singing a Gospel song for them. There were also activities from various cultural groups, brass bands and dancers.

MINI-FESTIVAL FIT FOR A KING

Speaking to the publication, MEC Kekana said they were proud to welcome Thapelo in Limpopo during the run up campaign to his win.

“We knew in our hearts that we have a star here. Today, we are united in our diversity and I’m glad that we are embracing ourselves,” she said.

Thapelo is also part of the line-up of the Mapungubwe Music Festival which will take place on Saturday, 10 December at the Polokwane Cricket Club.