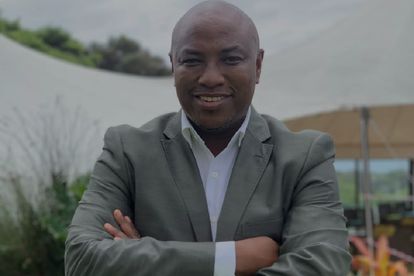 Polygamist Musa Mseleku says according to his research, only 2% of men are monogamous. Image via @musamseleku/Instagram

Polygamist Musa Mseleku says according to his research, only 2% of men are monogamous. Image via @musamseleku/Instagram

Polygamist and reality TV star Musa Mseleku has come out to defend what he does on his controversial show, Mnakwethu.

Speaking to Drum Magazine, the husband-of-four explained why he’s so passionate about helping men get into polygamous marriages despite all the backlash he receives every Tuesday night when his show airs.

‘ONLY 2% OF MEN ARE MONOGAMOUS’

In the show, Mseleku helps men overcome the fear of introducing polygamy to their wives. But he does this when the men already have a potential second wife in their lives, therefore introducing the two women to each other.

According to the TV host, he is not promoting unfaithfulness or cheating.

“People talk like I am promoting umjolo when umjolo is already there. I am also not promoting that people have multiple partners either.

“The way people go on, it’s as if I go around asking people if they have other partners outside of their marriages and if they don’t I offer them to them, and that is not the case,” Mseleku explained

He further dropped a bombshell when he claimed that, according to his research, about 98% of men have more than one partner.

“What we have found is that probably only 2% of men are monogamous, and the rest have extramarital affairs. In the long run this could damage families and I am there to help to say if you already have a partner outside, rather do it properly and traditionally, then no one gets hurt,” he said.

ALSO READ: Mseleku under fire for comments on ‘Mnakwethu’

MSELEKU LABELED THE FACE OF HEARTBREAK

Following his latest episode of Mnakwethu on Tuesday 19 July, Mseleku was dubbed “the face of heartbreak” by some viewers.

The third season is only three episodes in but for two consecutive episodes he and the husbands he assists have caused so much pain to the first wives that they cry when they see the Uthando Nesthembu star walking in.