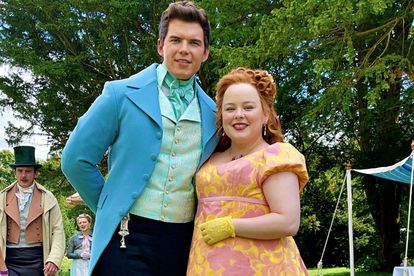 Following the success of Bridgerton’s first two seasons, Netflix’s period drama, helmed by award-winning writer and producer Shonda Rhimes, has begun filming in London for the third season. According to Deadline, the series has added three new characters to its cast.

WHAT YOU NEED TO KNOW ABOUT ‘BRIDGERTON’ SEASON THREE

Bridgerton is based on a series of novels by American writer Julia Quinn. The first season of the series was based on Quinn’s novel, The Duke and I, which centred around Daphne Bridgerton’s (Phoebe Dynevor) love story with the Duke (Regé-Jean Page).

The second season was inspired by Quinn’s The Viscount Who Loved Me and focused on Daphne’s older brother, Anthony’s love story with Kate Sharma (Simone Ashley).

As per Deadline, Daniel Francis, Sam Phillips and James Phoon have joined the Bridgerton cast. Francis, best known for his roles in Education and Small Axe, will be playing a charismatic presence in the Ton.

Phillips, known for his role in The Crown, will be playing Lord Debling, a wealthy man with unusual interests. James Phoon is joining the series as Harry Dankworth, who plays a good-looking bachelor in the Ton.

In a short video, the cast officially announced that filming has begun for the third season.

Taking to Twitter, tweeps have expressed their excitement about the upcoming season of Bridgerton.

“I am down and ready for warrior and Bridgerton season 3!!!” wrote another tweep.

“New season 3 promo just dropped! Get ready for the flock of feathers all season long!”