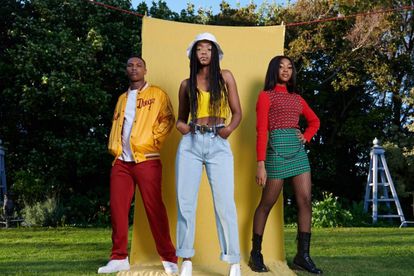 The students of Parkhurst High in Cape Town are back in an exciting second season of Blood & Water. Netflix announced the official release date for season two of the hit series earlier today and social media cannot wait for its release!

Netflix also mentioned that the second season promises unlikely alliances, twists and turns as some of the cast members are searching for truth. The second season of the series will be thrilling and will certainly exceed viewers’ expectations.

Blood & Water director Nosipho Dumisa mentioned that the series’ success is a testament to the hard work put in by the team. “Parkhurst is about to get really messy”, Dumisa said.

The series will officially premiere on Netflix on 24 September 2021.

Blood & Water fans can look forward to seeing familiar faces from season one. Ama Qamata, Khosi Ngema, Natasha Thahane, Thabang Molaba and Dillion Windvogel will all be in the second season of the series.

Shortly after the announcement of the series’ release date, Blood & Water shot up to the top of twitter’s trending list and fans cannot wait to see what the students of Parkhust High are up to now.

YouTuber and actor Lasizwe Dambuza could not contain his excitement for the upcoming series and wrote, “Just saw the trailer for #BloodAndWater Season 2!! I don’t know how to act!!! Im so excited.”

“I have been waiting for this for ages finally maaan”, another tweep wrote.