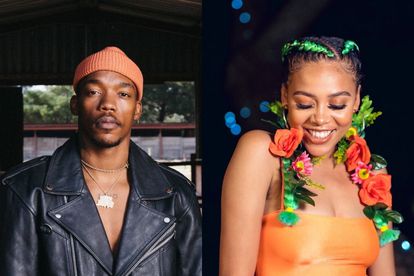 Muzi and Sho Madjozi are giving us all the traditional feels in the music video for their new collaboration Come Duze. The single forms part of Muzi’s upcoming album Interblaktic set to be released on 1 October.

ALSO READ: AKA and Costa Titch are ‘Super Soft’ in their new collaboration [watch]

The music video is simple but packs a punch. Both Muzi and Sho Madjozi aren’t in the music video as they have instead opted to have traditional xibelani dancers doing their thing.

The xibelani dance is a traditional dance performed by Tsonga women. The women performing in the field are Sho Madjozi’s grandmother’s dance group, Mme a Gudani.

Muzi threw it back with Come Duze, lacing the track with a few funky pop moments.

MUZI AND CONNECTING THE DOTS

Sharing the video on his Instagram, Muzi shared some words that artist Nelson Makamo had left him with.

“Remember that our ancestors walked these lands, so we have to continue digging. We have to explore. Let your art connect the dots.”

The Come Duze music video was directed by Clout Killed the Kids, a venture by Muzi and Espacio Dios. The video has a grainy visual feel to it and instantly makes you feel like you’re watching it sometime in the 90s.

Muzi’s upcoming album Interblaktic comes after his 2019 project, ZENO named after his daughter. Interestingly enough, Zeno has bagged herself a feature on Muzi’s album.

The Zulu Skywalker, (as he has named himself) produced the album with the help of superstar DJ and producer, Kaytranada.