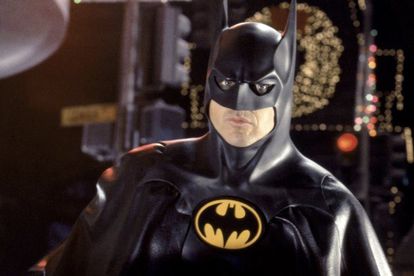 Michael Keaton is set to reprise his role as Batman in the ‘Batgirl’ movie. Image via Twitter @IGN

Michael Keaton is set to reprise his role as Batman in the ‘Batgirl’ movie. Image via Twitter @IGN

Michael Keaton will play Batman once again in the upcoming superhero movie Batgirl.

The 70-year-old actor will return to the role of the Caped Crusader for the first time in 30 years in The Flash and will now play Bruce Wayne in the new DC Extended Universe (DCEU) flick with Leslie Grace, JK Simmons and Brendan Fraser.

The plot for Batgirl is being kept under wraps but it centres on Barbara Gordon (Grace), the daughter of the Gotham City Police Commissioner Jim Gordon.

Adil El Arbi and Bilall Fallah are to direct the film from a script by Christina Hodson.

Keaton recently explained that he needed “a fair amount” of persuading to don Batman’s cape once again, though he insisted that he wasn’t “fleeing” the role that made him a household name.

Asked if he needed convincing to join the movie, the Dopesick actor said:

“A fair amount. But I wasn’t fleeing it. It just wasn’t in my consciousness and then, when it was, it was a question of them calling when they had something.”

Keaton – who played the superhero in 1989’s Batman and 1992’s Batman Returns – famously snubbed around $15 million (R235 million) to play the Caped Crusader for a third time during the 1990s but doesn’t want to dwell on the matter.

“I don’t remember. That’s in my past. It’s 2021 or whatever the f*** it is — who gives a s***? Let’s talk about things that matter. Years ago someone asked Batman questions. I said, ‘You realise there’s a logjam of bodies floating down a river in Rwanda? Who the f*** cares about Batman?'” said Keaton.

ALSO READ: ‘Black Christmas’: Is this the scariest film ever made? [watch]