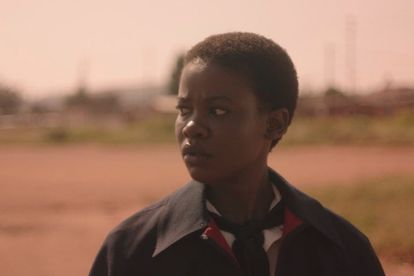 ‘Lakutshon’ Ilanga’ shortlisted for a BAFTA. Image via Instagram @lakutshonilangashortfilm

‘Lakutshon’ Ilanga’ shortlisted for a BAFTA. Image via Instagram @lakutshonilangashortfilm

The Bafta Student Film Awards are an annual awards ceremony hosted by the British Academy of Film and Television Los Angeles Awards (Bafta) as a showcase for rising industry talent.

The shortlist of the Bafta Student Film Awards this year has been selected from 680 submissions made by students at film schools in 34 different countries. The nominees for the BAFTA’s will be announced on 9 June and the film nominees will be considered for the Special Jury Prize.

Lakutshon Ilanga means “When the sun sets”. The short film was nominated alongside the following films in the Live Action category:

The young filmmaker, who is completing her final year at Chapman University in the United States, took to Instagram to share the excitement of her film being shortlisted for an international award.

“I’m so excited to share that our short film @lakutshonilangashortfilm was shortlisted by @baftala for the student BAFTA awards,” she wrote.

“OMG!!! Congrats to the incredible cast and crew that I had the amazing honour to work with and to bring this story to life with. Thank you to all our community and supporters who’ve journeyed with us, we appreciate you 🙏🏾❤️,” she added.

The film is named after Miriam Makeba’s hit song Lakutshon’ilanga. The short film is based on a young black nurse living in apartheid South Africa who realises her activist, younger brother may be in danger when he doesn’t return home after school.

“The film was inspired by my mother and the story she told me six years ago of how she saw her young brother, who was a teenager then, being taken by apartheid police in the 1980s,” said Morare to Sowetan Live.

“She shared with me how she had to fight to save him. The story really fascinated me. I thought she was very heroic and the fact that she approached those police, she was just protecting her brother,” she added.