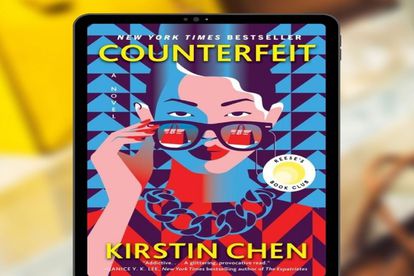 Kirstin Chen is the author of bestselling novels such as Bury What We Cannot Take and Soy Sauce for Beginners. Her latest novel, Counterfeit, has now also become a New York Times bestseller and was even one of actress Reece Witherspoon’s picks for her popular book club.

Fans of Crazy Rich Asians, Hustlers and How to Get Filthy Rich in Rising Asia will adore Counterfeit. With two fierce Asian women as the main characters, this novel explores the dangers of high (fake) fashion.

Jam-packed with drama, haute couture, and shocking plot twists, Counterfeit is not one to miss and will soon also be adapted for the big screen.

‘COUNTERFEIT’ TV ADAPTATION IN THE WORKS

According to Deadline, Sony Pictures Television’s TriStar recently got the rights to the TV adaptation of Counterfeit. After a grueling bidding war between eight bidders, the TV rights ultimately went to TriStar.

Deadline reports that Chen will produce series alongside Ben Smith of Captivate Entertainment and Kay Cannon and Laverne McKinnon through K&L Productions.

Money can’t buy happiness… but it can buy a decent fake.

Ava Wong has always played it safe. As a Chinese American lawyer with a successful surgeon as a husband, a young son, and a beautiful home, she has the perfect life. But beneath this façade, Ava’s world is crumbling. Her marriage is falling apart and her toddler’s tantrums are pushing her to the breaking point.

Enter Winnie Fang, Ava’s enigmatic college roommate from China, who dropped out under mysterious circumstances. Now, twenty years later, Winnie is looking to reconnect with her old friend. But the shy, awkward girl Ava once knew has been replaced with a confident woman, dripping in luxury goods, including a coveted Birkin in classic orange.

The secret to her success? Winnie has developed an ingenious counterfeit scheme that involves importing near-exact replicas of luxury handbags.

Now Winnie needs someone with a U.S. passport to help manage her business. She needs someone who’d never be suspected of wrongdoing, someone like Ava. But when their spectacular success is threatened and Winnie vanishes once again, Ava is left to face the consequences.

Peering behind the curtain of the upscale designer storefronts and the Chinese factories where designer goods are made, Kirstin Chen explores the true cost of luxury through two unforgettable female characters.

According to her website, Kirstin Chen is the New York Times bestselling author of three novels. Her latest, Counterfeit, is a Reese Witherspoon book club pick, and a New York Times Editors’ Choice. It has also been recommended by The Washington Post, People Magazine, Entertainment Weekly, Vogue, Time, and more.

Counterfeit is published by Harper Collins and is available for purchase at Exclusive Books stores for R338.