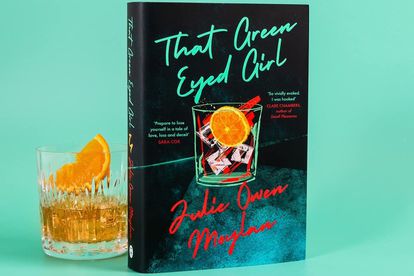 ‘That Green Eyed Girl’ is the debut novel of Julie Owen Moylan. Image via Twitter @hayleylotusflo1

‘That Green Eyed Girl’ is the debut novel of Julie Owen Moylan. Image via Twitter @hayleylotusflo1

The book world has a new star on the rise! Debut author Julie Owen Moylan is making waves on the literary scene with That Green Eyed Girl.

Packed with unforgettable characters, a tense storyline and vivid, gothic writing, That Green Eyed Girl is not one to miss. Combining the glamour of 1950’s and 1970’s New York, Moylan uncovers the dark history of the city that never sleeps.

Fans of historical fiction searching for a new book to read don’t have to look any further; That Green Eyed Girl will not disappoint. From the first page, the reader is swept away by the beautiful poetic writing with a bite of gritty realism. Add gothic elements of madness, secrets and forbidden love to the mix and That Green Eyed Girl becomes a whirlwind of spellbinding storytelling.

The elements of this book that truly make it a triumph are the characters and the dialogue.

The characters are wonderfully complex, and the reader will feel their every emotion as they are brought to life on the page. They are also so beautifully written that you immediately feel like you know them. Through fast-paced dialogue, they seem to come alive with fierceness, spark and strength.

The year is 1955 and in a cramped apartment on the Lower East Side, schoolteachers Dovie and Gillian live as lodgers. They guard their private lives fiercely – until someone guesses their secret.

Twenty years on, in 1975, Ava Winters lives in the same apartment. She is desperately trying to conceal her mother’s fragile mental state from the critical eyes of their neighbours. But, one sweltering July morning, Ava’s mother escapes.

Alone after her mother’s disappearance, Ava receives a mysterious parcel. The box is addressed only to ‘Apartment 3B’ and contains a photograph of a woman with the word ‘LIAR’ scrawled across her face.

Seeking refuge from her own crisis, Ava determines to track the owner of the photograph down. And, in so doing, discovers a shocking chain of love, lies and betrayals – with one woman at the center of it all.

PRAISE FOR ‘THAT GREEN EYED GIRL‘

“So vividly evoked. I was hooked”.

“Heart-breaking but with a satisfying ending, I will remember this book for a long time”.

“A smoky page-turner of a novel”.

Jodie Chapman, author of ‘Another Life’.

According to her website, Julie Owen Moylan is no stranger to the writing world. Her short stories have been featured in many publications such as The Independent and the Sunday Express.

That Green Eyed Girl is her first novel, and she is currently working on a second book.

That Green Eyed Girl is published by Michael Joseph and is available for purchase at Exclusive Books stores for R328.