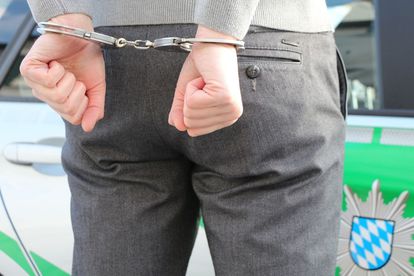 At least four people have been arrested in the Western Cape for being in possession of a stolen vehicle and various clothing items, the South African Police Service (SAPS) has said.

“On Saturday, 11 June 2022 at about 15:30 the members were strategically deployed along the Robinson pass, between Mossel Bay and Oudtshoorn, when they responded to an alert of a Land Rover which was stolen during a burglary at a residence in Grootbrak River earlier. They noticed the vehicle travelling near the R328 and brought it to a halt. The driver was unable to account for his possession thereof and was arrested on a charge of theft of motor vehicle. More charges could be added as the investigation unfolds,” said Western Cape SAPS spokesperson Sergeant Christopher Spies..

The 38-year-old suspect is in police custody. He is expected to make his first court appearance at the Grootbrak River Magistrates’ court on Monday, 13 June 2022.

At the same time, Western Cape police say three other suspects appeared in the Knysna Magistrates’ court on Thursday, 09 June 2022 following their arrest on charges of possession of stolen property.

“Again Rural Flying Squad members responded to information on a vehicle involved in shoplifting at various shops in the central business district of Knysna earlier in the week. The members, assisted by a local security company and CCTV footage, tracked down the vehicle when it entered the industrial area. A search of the vehicle, a Toyota Corolla, ensued when police found clothing with an estimated value of R8 000-00, sellotape and branded plastic bags of a courier company concealed in the back. Police also seized R14 450-00 worth of cash, believed to be proceeds of illicit activities, in their possession”

The recovered items were linked to three clothing stores in the CBD. Two of the accused, a woman (31) and man (32), were released on R2 000-00 bail each. The third accused, a 60-year-old woman remains in custody. She is scheduled to appear in the Knysna magistrates’ court on 17 June 2022 for a formal bail application.

The last time Frans Steyn started at flyhalf THIS was the Springbok team!

‘Who’s going to stop me?’: Gen Z are ditching suits for mini skirts