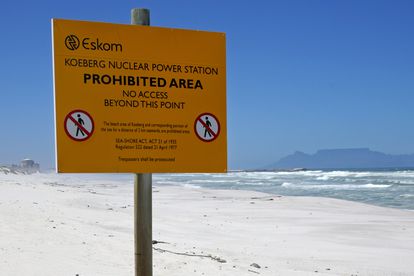 Eskom announced that the Koeberg Nuclear Power Station will test its public warning system on Tuesday, 1 March. There is a possibility of further tests being carried out later in the week.

The annual full volume test of the Koeberg Nuclear Power Station Public Warning System, which includes sirens and a public address system, is expected to be performed between 10:00 and 12:00 on Tuesday.

“The duration of the test is approximately fifteen minutes per siren and consists of a voice clip indicating that a test is being performed, and the sound of the nuclear alarm (slow rising tone),” said Eskom.

The national power utility added that retesting will take place on individual sirens on Wednesday and Thursday, if necessary.

Koeberg’s warning system is installed in a 16-kilometre radius around the Nuclear Power Station – the Urgent Protective Action Zone (UPZ). The system is meant to warn residents in the event of an unlikely emergency at the station, said Eskom.

“Koeberg uses a radio system, which controls the communication between the control centres and each individual siren.

“Communication checks are performed daily and any sirens not communicating with the control station are repaired as soon as possible,” said the power utility.

Silent tests that check the functionality of the siren amplifiers are conducted on a weekly basis.

Eskom is legally required to perform a full-volume test to check that the sirens are fully audible on an annual basis.

Members of the public are encouraged to report any sirens that are not working on the day of the test to Koebeg Stakeholder Management via email to Phidzani@eskom.co.za or via telephone at 021-550-5758.