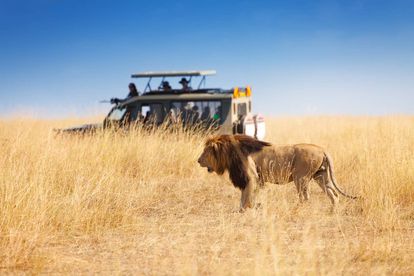 Conservation initiatives are suffering due to the extended absence of international tourists. Photo: Adobe Stock

Conservation initiatives are suffering due to the extended absence of international tourists. Photo: Adobe Stock

South Africa closed its borders to international visitors in March last year. The country’s beleaguered tourism sector was relieved when its borders were reopened in October, anticipating the return of international tourists after having endured a lengthy period without any income.

In December last year, the discovery of the 501y.v2 strain (now called the Beta variant) of the coronavirus in South Africa resulted in a series of restrictions being brought against South Africa and South African nationals, which have had lasting impacts on the country’s economy, as well as its reputation as a tourism destination.

The UK is one of South Africa’s primary tourism source markets, alongside Germany and the United States (US). More than 450 000 visitors from the UK visited these shores in 2019, according to data released by StatsSA.

RESTRICTING MOVEMENT TO AND FROM SOUTH AFRICA

The UK imposed both flight and travel bans on South Africa in December in an effort to limit the importation and spread of the new variant discovered in South Africa. This year UK authorities implemented a traffic-light system to regulate the entry of all travellers through that country’s borders.

The UK’s traffic-light system categorises countries according to perceived risk levels and imposes restrictions accordingly. South Africa and most countries in sub-Saharan Africa have found themselves on the UK’s red list (most undesirable destinations) since the inception of the system.

The 20 national parks included in the South African National Parks (SANParks) portfolio are home to much of the entire continent’s biodiversity.

According to The Independent, South Africa’s national parks receive little government funding.  Almost three-quarters of the parks’ budgets in 2019 came from tourism revenue.

Conservation expert and co-founder of safari company Wilderness Safaris Colin Bell says  that the impact of the UK’s travel ban ranges from higher unemployment, to poaching and other wildlife crime and general unrest in countries where tourism is suffering.

According to The Intergovernmental Science-Policy Platform on Biodiversity and Ecosystem Services, nature-based tourism contributed around 10% of the gross domestic products of South Africa, Namibia and Tanzania.

The US has recently dropped South Africa from Alert Level 4 to Level 3 on its Travel Advisory listings. Meanwhile, US-based carrier United Airways has started up direct flights to Johannesburg and is scheduled to start a Cape Town service in October this year.

Monika Iuel of South Africa’s Inbound Tourism Recovery Group questioned why the UK was preventing fully vaccinated citizens from travelling, unlike the United States which has started to ease travel restrictions for its nationals.

“The real catastrophe is the human story.  Small and medium-sized enterprises have been impacted harshly. Around the greater Kruger National Park, tourism was pretty much the only employer – one job in tourism fed 10 people.” Iuel said.

Lindy Rousseau, from Singita Luxury Lodges, a company that owns properties in South Africa, Tanzania, Rwanda and Uganda (which are all placed on the UK’s red list), told The Independent that the company has been severely impacted due to travel and flight bans. Rousseau said that Singita has been forced to reduce staff salaries as a result.

Singita operates a range of community and wildlife conservation initiatives in the Kruger National Park and in Volcanoes National Park in Rwanda.

“Our community and conservation initiatives at our properties in all four African countries are vital to the wellbeing of our neighbouring communities and ecosystems. Our conservation model is dependent on hospitality revenue and donations. This is proving to be very difficult for us at the moment,” Rousseau said.

“Africa’s wildlife is gravely at risk if ecotourism stops funding conservation work. If tourism collapses, the ripple effect could threaten to wipe out decades of proactive conservation work on the continent,” she said.

CEO of travel consultants The PC Agency, Paul Charles, criticised the UK’s traffic light system, describing it as a “serious failing of government”.

“There urgently needs to be more research on the Beta variant by the British government, which has clearly not had very much impact on the UK. The government should be taking another look at why South Africa is on the red list, because it should be on the amber list,” Charles said.

UK Prime Minister Boris Johnson has now extended lockdown in the United Kingdom to 19 July. There appears to be no end in sight for the UK’s traffic-light system. Previous statements by UK officials indicate that the travel ban on SA will remain in place until data shows a reduction in risk posed to the UK.