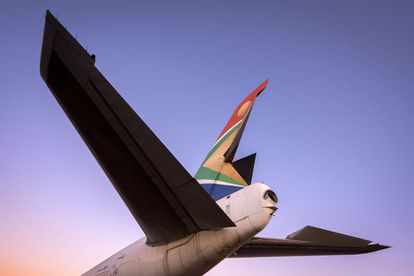 South Africa’s national air carrier has been grounded since March 2020 and has been in an extended business rescue process since December 2019. The airline has not operated flights of its own for more than a year, but has been selling tickets for domestic routes operated by its subsidiary Mango Airlines.

The airline however has relaunched its website on which it advertises flights to various destinations across the world — selling tickets for both domestic and international flights.

‘AGENT FOR OTHER AIRLINES’

SAA is essentially now selling flights for other airlines. The flights offered on SAA’s website are operated not by South African Airways itself. Domestic flights are provided by Mango Airlines, and international flights are operated by Lufthansa Airlines.

An airline is a company that usually operates flights with its own aircraft, operating under its own name. Travel agents sell tickets and services for various external companies. It would appear that South Africa’s national carrier is now acting as an agent for other airlines, by selling the flights of other airlines on its own website.

The airline earlier said it would relaunch itself as a robust, sustainable carrier with competitive fares that would be affordable to South Africans.  However, prices on the relaunched website prove otherwise.

Some of the flights available for booking on SAA’s revamped website are outrageously priced. With fares like these, SAA is not likely to attract many passengers. The price of tickets on most international routes is simply unaffordable for most South Africans as other airlines offer the same or better service for a lower price.

A return flight from Johannesburg to Frankfurt will cost in excess of R35 000 per person for a seat in economy class. These flights are sold as SAA flights, but will be operated by Lufthansa Airlines. Lufthansa is one of the airlines in the Star Alliance group of airlines, which SAA still belongs to.

Airlines often operate their route networks in conjunction with other airlines that they rely on to operate certain routes or sectors for a passenger’s journey. Partner airlines would normally be airlines that are operational and that have agreed to work together.

According to the new website, SAA’s partners are its low-cost subsidiary Mango Airlines and SA Express – which is likely to be liquidated as the prospective buyer has not been able to come up with guarantees for the R50 million purchase price it paid for SAX; and the newly independent Airlink – which rebranded and repositioned itself as an entirely separate airline last year.

The website advertises SAA’s fleet consisting of new Airbus A350 aircraft, which the airline had leased just prior to the grounding of all its flights in March 2020. During the controversial business rescue process, all of SAA’s leased aircraft were returned to aircraft lessors last year, leaving SAA with only a few older aircraft that it owns.

The airline’s own aircraft are gas-guzzling older Airbus A340 models which most airlines have retired due to the increasing cost of fuel.

Realistically, the airline is not going to be able to operate profitably if it operates these large old aircraft, in the current climate where there is a significant decline in demand from passengers compounded by flight and travel bans from most countries in the world.