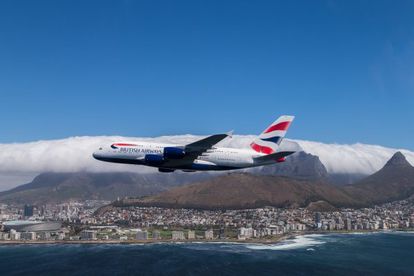 British Airways will ramp up services on its South African routes, to accommodate the pent-up demand for travel between the two countries, which has resulted from the extended travel ban the United Kingdom placed on South Africa last December.

British Airways’ CEO, Sean Doyle said the United Kingdom will benefit from the significant reduction in red-listed countries. The easing of restrictions will facilitate the resumption of travel and tourism to and from the UK.

According to IOL, British Airways will start to expand its route network, as well as to increase frequencies to destinations where there is sufficient demand for travel from passengers.

“It finally feels like we are seeing light at the end of a very long tunnel. Britain will benefit from this significant reduction in red list countries,” Doyle said.

Airlines have been operating reduced flight schedules to South Africa due to the ongoing travel restrictions imposed on the country.

South Africans have also not been able to make discretionary trips to the United Kingdom since December 2020 – when the UK authorities imposed flight and travel bans against South Africa due to the discovery of the Beta variant.

Vaccinated visitors from South Africa and other nations which left the UK’s red list today will no longer be subject to mandatory hotel-managed quarantines.

Travellers from these countries are, however, obligated to provide proof of vaccination as well as to take self-paid COVID-19 tests on the second day after their arrival in the UK.  British Airways’ CEO says the UK must consider dropping these testing requirements for vaccinated visitors.

“ It’s time to turn our attention to eradicating testing for fully vaccinated travellers to ensure we don’t lose our place on the global stage,” Doyle said.