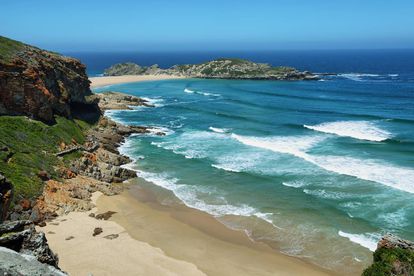 Robberg, situated 8km south of Plettenberg Bay on the Garden Route, is not only a nature reserve, but also a national monument and World Heritage Site. Photo: Envato Elements/estivillml

Robberg, situated 8km south of Plettenberg Bay on the Garden Route, is not only a nature reserve, but also a national monument and World Heritage Site. Photo: Envato Elements/estivillml

If you’re planning a family getaway for the June holidays, then you may want to be up to date with where everyone else is going. Knowing this, you can then decide to join in the mass festivities or avoid a particular beach town for somewhere quieter.

They found that the Plettenberg Bay and Mossel Bay in the Western Cape saw the highest inflow of visitors when comparing November with December. Their analysis eliminated people who may have come home for the holidays, and rather focused on those who had driven to the Garden Route area and then paid for holiday accommodation.

“The influx of visitors to the Garden Route [Mossel Bay and Plettenberg], shows how the popularity has grown in the last several years with the coastal towns working hard to draw visitors with unique attractions and amenities,” said Lightstone chief commercial officer Linda Reid.

While in Mossel Bay, attractions worth exploring include hiking trails, the Diaz Waterpark and Santos Beach.

The area also has the world’s longest over-ocean zipline. This is a thrilling 1.2km ride which starts at the top of rocky cliffs and reaches speeds of 80km/h on the way to the landing platform.

Margate on the KwaZulu-Natal South Coast came in at No 3 in terms of new visitors in December. Other coastal towns that made the top 10 list were Jeffreys Bay, Stilbaai, Groot Brak and Hermanus.

Known as a whale-watching destination, Hermanus has beaches, such as Voëlklip Beach and the broad Grotto Beach. Popular destinations include The Old Harbour Museum is a site encompassing the old harbour, a fishermen’s village and the Whale House Museum.

While bigger towns may have seen the highest overall number of visitors, some smaller towns saw far bigger jumps in their popularity.

Also along the Garden Route, Struisbaai, which has a smaller population in the rest of the year, recorded an increase of 358% in the number of people in December.

Stilbaai, which is also known as the Bay of Sleeping Beauty, saw an increase of 331%, followed by Southbroom on the South Coast of KwaZulu-Natal which has a 310% jump.