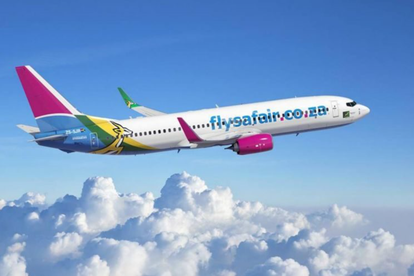 The travel and flight bans imposed on South Africa by Mauritius in November last year, as a result of the detection of the Omicron variant in the country, led to major disappointment and disruption for holidaymakers, tourism suppliers and airlines.

FlySafair which had obtained approval to begin flying between South Africa and Mauritius was planning to launch direct scheduled flights from Johannesburg to the Indian Ocean island in December last year.

The inaugural flight was due to take place on 11 December, heralding the first international flight for the privately-owned local airline, that operates a large flight schedule within the country’s borders.

FlySafair was forced to cancel the launch of its flights to Mauritius in November last year, just ahead of the intended start-up date. The government of Mauritius implemented flight and travel bans which were suddenly lifted last week, on 7 January.

FlySafair’s Chief Marketing Officer, Kirby Gordon, told Travelnews that the airline has set a new start-up date for its direct flights to Mauritius. Flights will begin on 8 March.

The launch of the route is exciting news for both FlySafair as well as local travellers since the airline will offer low-cost fares to passengers travelling between the two countries. FlySafair will be the first budget carrier to operate flights on the route.

“We are super-excited about our first route beyond South Africa’s borders. It’s a huge milestone for the airline,” said Gordon.

Flights offered by the low-cost carrier will suit passengers who travel to the preferred island destination on holiday as well as South Africans undertaking studies on the island. Mauritius currently offers scholarships to South African students for studies taken at the country’s public universities.

The airline’s standard fares will include a single bag, checked-luggage allowance of 20kg.

Nhlanhla Lux Foundation set to root out drugs in schools