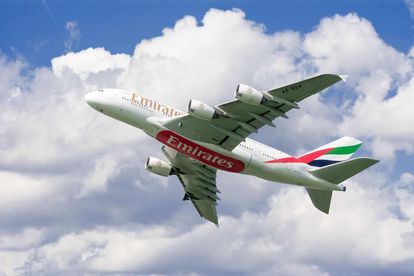 Emirates will not be flying to South Africa until mid-February. Image: Adobe Stock

Emirates will not be flying to South Africa until mid-February. Image: Adobe Stock

On 14 January, Emirates Airlines announced that it would temporarily suspend flights between Dubai and South Africa for 12 days. The initial flight ban was effective for the period 16 to 28 January.

The Dubai-based carrier had initially cited operational reasons as the cause for the suspension of its flights to South Africa.  Authorities in the United Arab Emirates subsequently imposed a flight and travel ban on South Africa due to the prevalence of the SARS-Cov-2 strain in the country.

The airline was therefore forced to suspend all flights between Dubai and South Africa. As long as the UAE’s official flight ban remains in place, it is unlikely Emirates will restart flights to Johannesburg, Durban and Cape Town.

Last week Emirates Airlines extended the suspension of its South African flights until 4 February. Since the UAE’s flight ban on South Africa is still in place, the airline had no choice but to extend the flight suspension.

“Emirates’ flights to South Africa will remain suspended until 12 February 2021, in line with recent government directives that restrict the entry of travellers originating from South Africa into the UAE,” Emirates Airlines said on its website.

The airline will be unable to resume flights to South Africa until UAE authorities lift the flight ban. As such, passengers are becoming used to airlines extending flight suspensions on South African routes.

Emirates apologised for the inconvenience to passengers as a result of the prolonged suspensions.