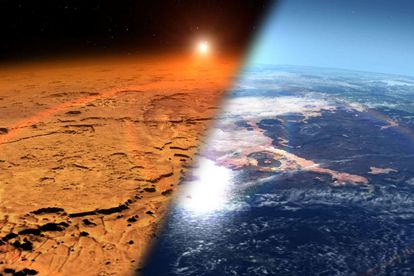 Given the extensive studies and widespread exploration of Mars, science fiction enthusiasts have long given up the idea that the fabled ‘little green men’ may somehow still be living on the red planet.

But a new study published last week in the journal Nature Astronomy does give some hope that Mars may not be completely bereft of any kind of life.

The study by Italian scientists has found more evidence of a large underground salt water lake and also a number of smaller salty ponds nearby.

This intriguing evidence, they say, makes it far more likely that simple life forms could have survived and thrived underground in the waters, protected by the extremely salty water from the cold and inhospitable conditions that make surface life near-impossible.

Although Mars has been hostile to life for probably billions of years now, the salt in the water would, among other things, prevent life from freezing solid in the temperatures that vary from -60 degrees C to -125 degrees C.

Main lake’s area is quite large

Among the facts thrown up by the latest study, which used sophisticated instrumentation on the European Space Agency’s Mars Express spacecraft, is that the main salt water lake is about 30km x 20km in area.

The ponds – which the study describes as “patchy water pools or wet areas of smaller extent” – are different sizes and separated from the main lake by strips of dry land.

This also lends itself to the possibility that, if there is life, it could have evolved differently in different ponds.

“If there really is life in these salty waters, it could take different forms. The scientists speculated there could be anaerobes – tiny organisms that don’t need oxygen – or extremophiles, which can survive in extreme cold or heat,” CNN reports.

“There could even be aerobes [which are] organisms that require oxygen. Salty brines like the lakes or ponds hold six times the minimal amount of oxygen needed for microbes to breathe, the study said.”

In their research, the scientists conclude in the dry language of international science that “these bodies of water are potentially interesting biologically and future missions to Mars should target this region”.