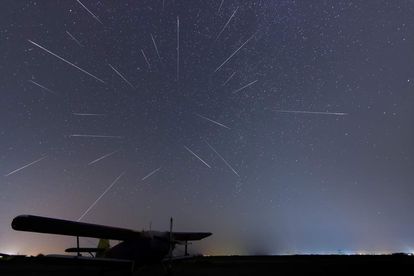 The Draconid meteor shower is usually visible from 6 to 12 October, and peaks on the evening of 8 October 2020. Unfortunately, the Draconids won’t be visible from South Africa.

Don’t despair. There’s still a way for you to observe the meteor shower, if you so wish. Here’s what you need to know.

Draconid meteor shower: What you need to know

When several space rocks move through our atmosphere, we call it a meteor shower. Furthermore, space rocks are debris left behind in a comet’s orbit.NASA explains:

How to view the Draconid meteor shower

If you are viewing from the Southern Hemisphere, you’ll have to rely on technology and the goodheartedness of strangers on the Internet to view the Draconid Meteor shower this week.

According to EarthSky it is possible for some locations to have clear visibility of the Draconid meteor shower.

“It’s possible. But if you’re so far south that the radiant point in the constellation Draco doesn’t rise above your horizon, or rises only briefly, you won’t catch many”.

What are the Draconids

According to the Bronberg Weather Station in Pretoria, Draconids meteor streams “are groups of meteoroids originating from dust grains ejected from Comet 21P Giacobini-Zinner”.

“These small dust grains (meteoroids) are distributed along the parent comet’s orbit concentrated close to the comet nucleus with fewer grains farther away from the nucleus. Every time the Earth passes through this stream of dust particles (i.e. meteor stream), we experience what is known as a Draconids meteor shower”.

In Draconids will peak on the evening of Thursday, 8 October, when the Earth moves through the centre of the dusty trailer left behind by Comet 21P Giacobini-Zinner”.

Those in the northern hemisphere will be in the prime seats for this one. It’ll be our turn later this month when the Orionid Meteor Shower peaks.

Even though the Orionids will be active from 2 October 2020, it won’t peak until the 20th or 21st of the month. According to NASA, the Orionids are leftover particles from Halley’s Comet, as well as other broken asteroids.

“Each time that Halley returns to the inner solar system its nucleus sheds ice and rocky dust into space. The dust grains eventually become the Orionids in October and the Eta Aquarids in May if they collide with Earth’s atmosphere”.

The Orionids are visible from both the Northern and Southern hemispheres. This year, the meteor shower peaks on Tuesday evening, 20 October 2020; it is expected to last until the early morning hours.