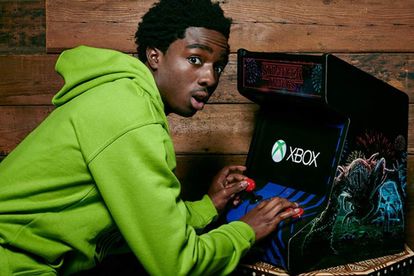 In the lead up to the fourth of July release of the latest season of Stranger Things, Microsoft caused quite a stir as it teased a new release.

However, this wasn’t a new Xbox or groundbreaking change to Windows 10. Cryptically the software giant announced an upcoming update to Windows 1.0.

Technically, that would mean an update to Windows 1.10 as that was the last version of the operating system to see the light of day.

A marketing scheme, or something else?

While the speculation at the time was that this was just some clever marketing to tie the operating system Microsoft released in 1985 with the current season of Stranger Things set in the same year, Microsoft have kept to their word releasing Windows 1.11.

Naturally, this isn’t really an updated version of the operating system but rather a promotional tool that plays more like a game than an application.

You will get to play with classic Microsoft apps like Paint, Write and the original windows command prompt.

Windows 1.11 works well as a tie-in to Stranger Things with mini-games and Easter eggs hidden throughout the experience.

This is a must-have for any Stranger Things fan and yet another example of how good the Stranger Things team are at creating innovative promotions that complement their brand.

Being a Stranger Things tie-in and a Microsoft product, expect some glitches though this time around it’s the upside down that’s going to cause mayhem on your machine rather than plodding hardware and dodgy code.

If nothing else, the app will allow parents of a certain age to show their kids just what struggles they had to endure as kids back in the eighties.

The launch of Windows 1.11 and Stranger Things tie-in is also part of a broader Microsoft campaign. Camp Know Where will allow kids to take part in challenges in their retail stores in the US and learn about coding and games.

Visitors will be able to create mini-movies using 3D models, theme music and special effects and with the help of Microsoft’s mixed reality headsets, they’ll be able to enter the Stranger Things universe.

There’ll even be a Collectible Stranger Things 3 arcade cabinet for Xbox fans complete with 1985 Windows logo for added authenticity.

Also read – Stranger Things 3: Here’s a totally tubular refresher course of season 2 before you dive in