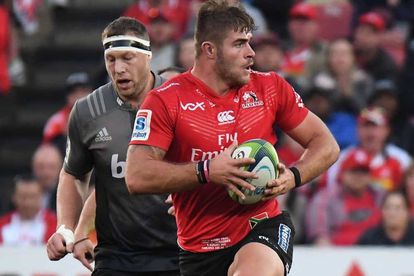 The Lions traveled to Sydney earlier this week for their clash against the Waratahs on Friday night.

The match kicks off the start of their tour‚ before going on to play the Reds in Brisbane‚ the Hurricanes in Wellington‚ and concluding their tour against the Highlanders in Dunedin.

Coach, Swys de Bruin knows the Lions will have their work cut out to deliver another unblemished record on tour.

Last year they won all three matches in Australia and were spared a trip across the Tasman to New Zealand.

“We take it week by week,” he said earlier this week according to Times Live. “We love touring. We will do what we did last year. Last year we had what you can perhaps call an easy tour.

“We played three games in Australia of which one was in Perth which is not far off. This time it is a lot more challenging. There is an extra two hours when you go from Australia to New Zealand.

“We could have gone [to Sydney] last Friday or on Saturday but we figured if we go as late as possible for a Friday night game we can stay in our time zone as far as possible. After that we’ll have to adapt for the Reds game.”

The Emirates Lions have arrived safely in Sydney.

Waratahs coach Daryl Gibson has made one change to his starting XV for Friday night’s clash against the Lions.

According to their website, Tom Staniforth returns to the starting side for the first time since round four against the Jaguares, joining Rob Simmons in the second row.

Ned Hanigan will slot back into blindside flanker, while Will Miller will make his impact off the bench.

Due to a recurring knee injury, Captain Warren Whiteley was withdrawn from the touring team this week.

@WarrenWhiteley will not face the Waratahs in Sydney on Friday due to a recurring knee injury. Whiteley returned to training this week but experienced discomfort & will see an orthopedic surgeon on Tuesday. @FrancoMostert will lead the side & @Hacjivah will again pack down at 8. pic.twitter.com/QEHIXsLpBW