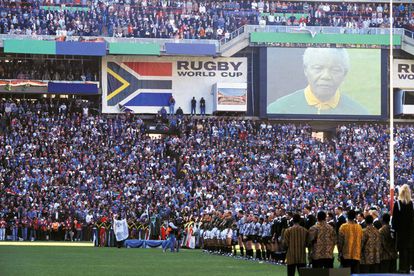 Reports this weekend have suggested that SA Rugby will not lodge a bid for South Africa to host the 2027 or 2031 Rugby World Cups.

South Africa will not bid for upcoming Rugby World Cups

World Rugby announced this week that there would be a dual announcement of the hosts of the tournaments in 2022 with the bidding now open.

South Africa put in a bid for the 2023 Rugby World Cup but narrowly lost out to France despite being the choice of the technical team that assessed the proposals.

According to Rapport, SA Rugby is no longer able to stump up the funding to host the global tournament.

SA Rugby have reportedly intimated that without considerable government backing hosting the event would be impossible.

“The government will not currently be able to secure the guarantee of R2-billion, which was last required by World Rugby,” a source told Rapport.

“Not now with the state of the economy, and especially not with what the economy will look like after the Covid-19 pandemic,”

SA Rugby has launched and submitted bids to host the 2011, 2015 and 2019 tournaments and were unsuccessful on all occasions. South Africa have hosted the RWC once before in 1995 which was also the first time the Springboks took part.

The tournament has been staged in the United Kingdom on four occasions including a joint bid with France in 2007. New Zealand hosted the inaugural World Cup in 1987 with some matches held in Brisbane and Sydney in Australia and they staged the 2011 tournament alone. Australia were sole hosts in 2003 and are considered favourites to win the 2027 bid.

Four Rugby World Cups have been staged in a single country, the first in South Africa in 1995 followed by the 2003 event, The 2011 World Cup in New Zealand and the most recent tournament in Japan in 2019. The 2015 World Cup was held in one sovereign state but staged with the help of two Unions in Wales and main host England.

France staged the 2007 World Cup with the aid of the home unions but in 2023 it is understood all matches will take place at French venues.

SA Rugby have not made a formal announcement declaring they will not bid leaving the door open for a change of heart.