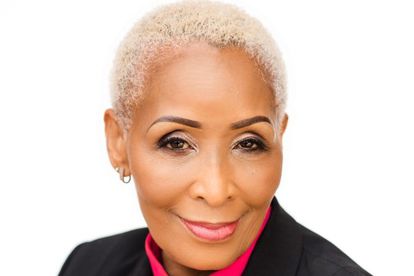 And this would have been the case had Ledwaba showed up and addressed the media at Tuesday’s candidacy briefing in Johannesburg.

With the media room full of reporters and high-profile individuals who support Ledwaba, the former Ria Stars boss was a no-show, much to the disappointment of everyone.

Later in the day, after the likes of Doctor Khumalo and Portia Modise had spoken, Ledwaba’s attorney Leduma Thobejane then took to the podium to drop the bombshell.

According to Thobejane, the reason Ledwaba wasn’t present at the press conference is that she was threatened with either suspension or expulsion if she were to address the media.

And that would have meant withdrawal from the presidential candidacy for the elective congress that is scheduled for June.

Thobejane said he advised Ledwaba not to show up for the press conference in order to remain in the race to become the next SAFA president.

“Since Friday afternoon 6 May, she received a Circular. The effect of which was to prohibit her from holding any press conference,” Thobejane told the media.

“When the waters are muddy, it doesn’t allow people to drink. My advice was to seek further clarity on the letter issued by SAFA on Friday. Indeed, we wrote a letter, we got a response late yesterday afternoon (Monday).”

“I sat in consultation with Mma Ria the whole night and she was still insistent on addressing the media, and as an attorney, I had to take a decision that would not prejudice her candidacy.”

“I advised her to wait until tomorrow (Tuesday), I said, ‘let me further research’, and I had to abandon court today to further consult her.

“But I didn’t want her to risk expulsion or suspension. I did not want to do that knowing this was a pre-arranged event, knowing guests were invited and media. I had to man up and come and address you all on her behalf.

“Rather than risking her candidacy for the presidency. Let me disappoint you with this bad news: I stand here after denying her to address you on legal principle, not based on her wishes.. So, I tender my sincere apology to those who attended but having listened to Portia today, I don’t think I need to apologises,” concluded Thobejane.