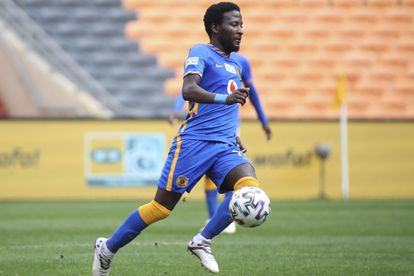 Former Kaizer Chiefs midfielder Siphelele Ntshangase was set to make his long-awaited return to football this week however things didn’t go according to plan for the talented midfielder.

He was finally in line to make his debut for Marumo Gallants this week and was named in their starting lineup to face Royal AM however the away team filed a complaint against Ntshangase.

Ntshangase was subsequently removed from the starting lineup minutes ahead of kick-off and the reason for the former Kaizer Chiefs midfielder’s withdrawal has been revealed!

Recently axed Kaizer Chiefs midfielder Siphelele Ntshangase chose to don jersey number 100 at Marumo Gallants and this is against the PSL’s rules.

Players are only allowed to make use of playing jersey numbers 1 to 99. According to SAFA head of referees Abdul Ebrahim, Royal AM has raised the issue ahead of kickoff thus forcing Gallants into a late change to their team.

“Marumo Gallants yes they did have a player with the number 100, remember the NSL rules says only 1 to 99 may be used,” Abdul Ebrahim told Kick-off regarding the issue between the former Kaizer Chiefs midfielder and Royal AM.

“The away team brought it to the attention of the match commissioner, but before he could do anything Marumo Gallants decided to withdraw the player. They wanted to change the number to 01 with the away team confirming that they would play under protest.

“Marumo Gallants then out of their own withdrew the player. The match commissioner informed Gallants that if Ntshangashe was to play with the 100 jersey number it would be reported. It really would have been a non-issue, the bottom line is the match commissioner did not say to the club the player could not play because he has no right to do that.”

The former Kaizer Chiefs midfielder will now have to wait to be assigned a new number before making his debut for Marumo Gallants.