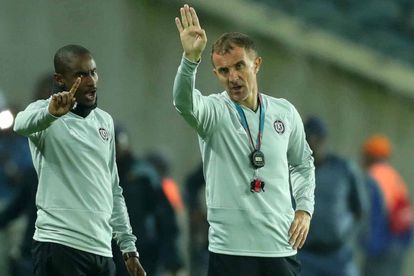 PSL action is back in full swing this coming weekend, kicking off what is set to be a busy month of fixtures as the season draws to a close.

Mamelodi Sundowns remain top of the standings after picking up an away draw to Orlando Pirates earlier in the week, and sit out the weekend’s league action as they set sights on the Caf Champions League.

This means that the Brazilians’ Tshwane rivals, Supersport United get some time off, as 14 other top flight outfits resume their bid to finish the season strong.

Maritzburg United and Bloemfontein Celtic kick things off on Friday night as they square off at Harry Gwala Stadium in the day’s only fixture.

This is followed up by a bumper Saturday which features no less than five matches.

The pick of those clashes is undoubtedly one between third-placed Bidvest Wits and Pirates, who are second on the log with goal difference separating the two sides.

There are two more afternoon fixtures, with Highlands Park welcoming the struggling Free State Stars to Makhulong Stadium, while Cape Town City trek up to Durban for a clash against Golden Arrows.

There will be keen interest in the evening clash between Kaizer Chiefs and Baroka at FNB Stadium, and AmaZulu will conclude the night’s action as they host Chippa United.

Sunday brings you another encounter, as Polokwane City will be looking to relaunch their title chase as they welcome Black Leopards to Peter Mokaba Stadium in a Limpopo derby.

Sangoma and crew arrested in Mabopane for digging up graves