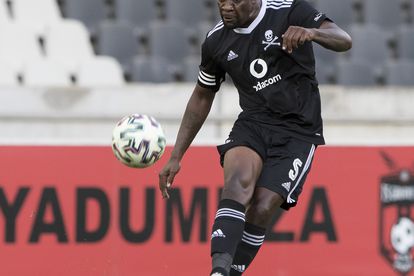 Orlando Pirates travel to the Peter Mokaba Stadium for a crucial DStv Premiership clash against Baroka FC this evening.

The Buccaneers will be looking to return back into the top three with a win this evening, which will importantly see them climb above rivals Kaizer Chiefs, albeit with three additional matches being played.

Baroka FC on the other hand will be desperate to climb out of the relegation zone and they’ll need a full three points from their clash against Orlando Pirates to do so!

Five out of the last six meetings between the two sides have ended in a draw with the only win coming last season when Gabadinho Mhango and Terrence Dzvukamanja sealed a 2-1 victory at the Peter Mokaba Stadium.

Baroka vs Orlando Pirates: How to LIVE STREAM

Action at the Peter Mokaba stadium gets underway at 19:30. The match will be televised live on SuperSport PSL.

This website will be providing you with live coverage 30 minutes ahead of kickoff between Baroka FC and Orlando Pirates.

“This win is highly important. This game and our next game against Baroka puts us back in the fight for second position. Let’s hope that other teams drop points in the process,” Orlando Pirates co-coach Mandla Ncikazi told Sowetan.

“We are just missing one part, we are not scoring goals. If you look at all our games, Golden Arrows, Cape Town City, Kaizer Chiefs, we deserved to win.” Ncikazi said previously about Orlando Pirates’ goal scoring crisis.

“We created more chances than the opponents. When you set up your team, you want to create chances and score them, but what gets missed in our play is scoring,

“I am sure in all the draws we have played in the league Orlando Pirates were the dominant team. But I understand partly that we are a team with players that are only coming in now, lots of players didn’t go through pre-season, but we are here.”