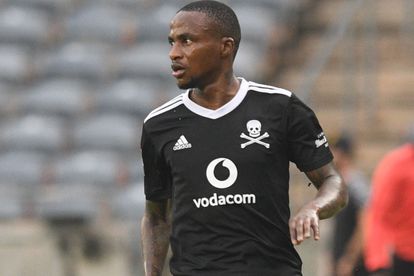 Orlando Pirates can reclaim second spot in the DStv Premiership log from Kaizer Chiefs with a win against Swallows on Tuesday, 14 December. Photo: Sydney Mahlangu/Sports Inc

Orlando Pirates can reclaim second spot in the DStv Premiership log from Kaizer Chiefs with a win against Swallows on Tuesday, 14 December. Photo: Sydney Mahlangu/Sports Inc

Royal AM welcome Orlando Pirates to the Chatsworth Stadium for a crucial DStv Premiership clash this evening.

Today’s match is a must-win encounter for both teams given their CAF Champions League aspirations.

Orlando Pirates head into today’s clash in sixth place on 43 points however they still have a further match to play (against SuperSport United on Monday).

A victory for Royal AM will secure their place in next season’s CAF Champions League. They currently sit in fifth position on 46 points, three points behind Cape Town City.

Today’s eagerly anticipated clash at the Chatsworth stadium gets underway at 19:30. The match will be televised live on SuperSport PSL.

We need to score more – Ncikazi

“Let’s thank the players for the win from the situation we’re coming from. I saw a confident team,” Orlando Pirates coach Mandla Ncikazi told SuperSport.

“My only concern is that we could have scored more, that’s the area you wish. If you get all these opportunities that come your way, score them.

“But having said that we won the match, we got the three points, that’s important for me today. Nothing was different in how we approached the game.

Sometimes you’ll win the league and you are on top of the game but you’ll lose your job. So, it’ not my decision.

“The only difference was that today Orlando Pirates ook the chances that we created, differently from other matches.

“Today we scored and in other matches we don’t. I thought that was the only difference.”