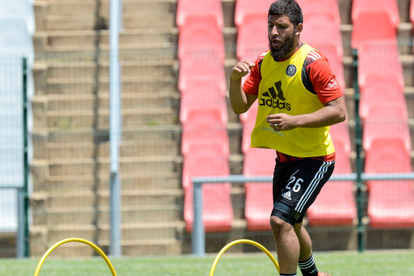 Thousands of Orlando Pirates will tell you it hurt to see Riyaad Norodien leave the Sea Robbers ship in 2018. The winger played with special confidence.

Following a few years of club hopping around Mzansi, Norodien has continued to explore Africa for his second club.

The 27-year-old last played for DC Motema Pembe in the Democratic Republic of Congo until October 2021. The latest update now says the Ajax Cape Town academy product has moved to Rwanda to join Kiyovu Sports.

“He [Norodien] has already joined for two years and has done good so far for us,” the club’s president, Juvenal Mvukiyehe told KickOff.

HOW ERASMUS AND NDLONDO COULD PLAY TOGETHER

But the Sea Robbers were not finished yet. None of us really expected Friday morning’s announcement. It was Kermit Erasmus making an exciting return to Soweto.

ALSO READ: How Erasmus will fit in Jose’s team

ALSO READ: How Erasmus and Ndlondlo could play together

We have thus looked at ways in which the duo could play together in the same line-up.

One of these would be playing together as two number 10s behind a center forward like Zakhele Lepasa or Eva Nga. Read the full story here.