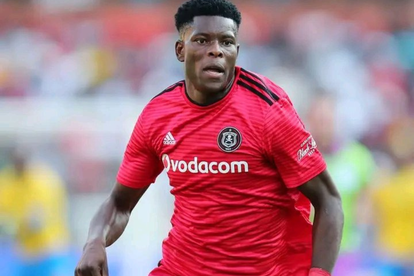 According to reports, Munesti, who left Bucs in 2019 for Reims in France, has been seen as a suitable replacement for Brighton’s recently departed star Yves Bissouma who has joined Tottenham Hotspur.

“Zimbabwe international Marshall Munetsi could be in line for an R137 million move to the English Premier League three years after leaving Orlando Pirates,” Kick Off reported.

“Reims will be keen to sell for seven million pounds (approximately R137 million). Last month Munetsi signed a new contract with Reims which will run up to 2026,” the report added.

Inspiration to many: DJ Zinhle’s Women’s Month message is everything!

Morning coffee fix: Katlego Maboe back in the saddle as ‘Expresso’ host