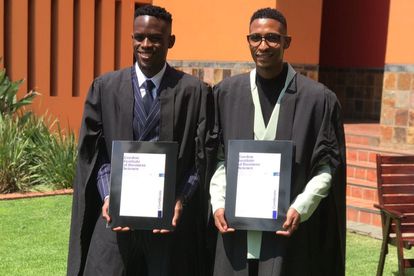 Innocent Maela and Vincent Pule have made Orlando Pirates fans proud. The duo was part of the PSL’s Player Transition Programme via the University of Pretoria’s Gordon Institute of Business Science.

The news was confirmed by the Premier Soccer League via social media on Monday afternoon.

Among other graduates was Kaizer Chiefs star Itumeleng Khune

“Congratulations to the 2022 PSL Player Transition Programme graduates who were honoured earlier today at the Gordon Institute of Business Science (GIBS) in Johannesburg,” the league said.

“The course was introduced earlier this year by PSL and MultiChoice, and was specifically designed by GIBS to equip, and empower PSL players with the necessary knowledge and skills to find careers off the field after they retire,” the note added.

ALSO READ: Kaizer Chiefs – NINE players that could leave the club in January

In other news, following Saleng’s MTN8 fame – a brace against Sundowns and a sensational freekick against AmaZulu in the final – Pirates fans hopped over to Twitter to throw a few possible nicknames for the Bloemhof-born winger.

“His new nickname is ‘Make them fall,’ said one fan in reference to Saleng’s sharp turns that left likes of Andile Jali and Rushine De Reuck on the grass. Read the full story here.