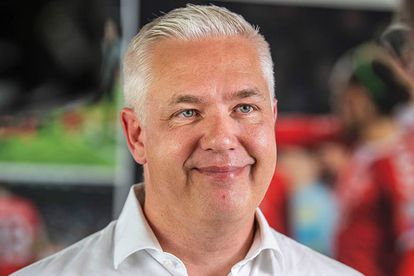 Mamelodi Sundowns will send a second player out on loan in this transfer window as part of allowing them to play regularly in the PSL.

According to Sowetan, Nicholus Lukhubeni is negotiating his second loan spell with Maritzburg United as he wants to remain at the Midlands-based outfit.

Lukhubeni spent last season on loan at Maritzburg United after being deemed surplus to requirements by the Brazilians.

He was supposed to return to Chloorkop as soon as his loan deal expires on 30 June but he isn’t too keen to do that because he doesn’t see himself playing regularly at Sundowns.

And this is according to Lukhubeni’s agent Thato Matuka who said he’s already in talks with the Team of Choice after being given the go-ahead by the Sundowns hierarchy.

Matuka revealed that Sundowns gave him the blessings to talk to Maritzburg United as Sporting Director Flemming Berg only coming back on Friday.

Should Lukhubeni’s loan deal succeeds, he will become Sundowns’ second player to leave on loan after Grant Magerman was sent to SuperSport United for the new season.

MAMELODI SUNDOWNS TO SEND LUKHUBENI OUT ON LOAN AGAIN

“I have spoken to Sundowns bosses and they say the Sporting Director [Flemming Berg] is only coming back on Friday, but I can go ahead and engage Maritzburg regarding Lukhubeni,” Matuka told the publication.

“The player wants to stay at Maritzburg where he is guaranteed game time. So, I have started engagements with the club and the player.”