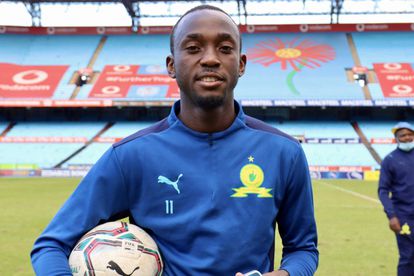 A massive part of Mamelodi Sundowns success in the 2021/22 DStv Premiership season has been thanks to star Namibian striker Peter Shalulile. Photo: Twitter @Masandawana

A massive part of Mamelodi Sundowns success in the 2021/22 DStv Premiership season has been thanks to star Namibian striker Peter Shalulile. Photo: Twitter @Masandawana

As The South African reported on Monday, the 28-year-old from Windhoek scored a goal in Kabo Yellow‘s final game of the season against Royal AM in Durban, but it was not enough to equal Collins Mbesuma’s record of 25 goals in a single season.

Reacting to the result after the game, Shalulile, a staunch Christian, said he believes it all happened for reason.

“I have to give glory to God, my teammates, the technical team, and everybody who was involved this year,” he said on SuperSportTV.

“At the end of the day, things do not happen for a reason. This is why things like this happen.

“Maybe next year I’m scoring more goals. But all I can say, I’m grateful, to each and everyone, the supporters, for what they’ve done this year, it was amazing.

“To be honest I’m not satisfied, and I’m going to keep on fighting. I want 26 goals and that’s what champions do,” he concluded.

The Matatiele-born player has been rewarded with no less than five PSL award nominations, it’s honestly not a surprise.

As the PSL announced last week, Jali was named in the nominees for PSL Footballer of the Season, Players’ Player of the Season. Read the full story here.