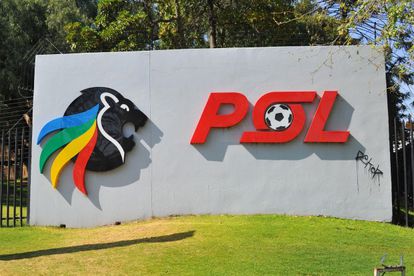 Transfer talk in the PSL continues to increase. Photo: PSL

Transfer talk in the PSL continues to increase. Photo: PSL

With the local football season already well underway, it remains to be seen what big moves could be made as the extended PSL transfer window gets set to slam shut on Thursday.

Below we take a look at some of the talk doing the rounds on deadline day, while providing updates on any ongoing developments or announcements (*note: this post will be updated throughout the day).

CONFIRMED: City striker Mogamat May has completed a loan move to La Masia until the end of the season.

Below we recap some of the other PSL transfer talk doing the rounds:

According to reports, there could be a rather shocking transfer twist as Orlando Pirates look set to be reunited with a former striker.

“SABC Sport has established through impeccable sources that Orlando Pirates are hot favourites to sign striker Ndumiso Mabena in the event that he gets his clearance from Royal AM this week,” a SABC report read.

Kaizer Chiefs and SuperSport United could apparently conclude a PSL player-swop deal… If everything goes according to Gavin Hunt’s plan!

Midfielder Phathutshedzo Nange has been linked with a surprise move away from the club, and could be reunited with Hunt at SuperSport United.

Orlando Pirates‘ Sandile Mtethwa is reportedly close to making a deadline move back to Chippa United on loan.

According to Soccer Laduma, the Chilli Boys are keen to welcome back the former Richards Bay player for a third loan stint after he was immense for the Eastern Cape side last term.

Orlando Pirates striker Kwame Peprah is reportedly seeking his way out of the club due to a lack of game time he foresees this season.

According to Phakaaathi, Peprah has requested to leave as he feels that things won’t be the same as last season with Jose Riveiro preferring Bienvenu Eva Nga and Zakhele Lepasa as strikers.

There is talk that we might see one or two players leaving Chiefs’ home base of Naturena before Thursday’s deadline.

Erick Mathoho, Thabani Dube and Keletso Sifama are some of the names mentioned as possible players who could seek an exit.

Meanwhile, in an exclusive, Golden Arrows in-form attacking midfielder Nduduzo Sibiya has revealed why he is not keen on a move away from Abafana Bes’thende for now.